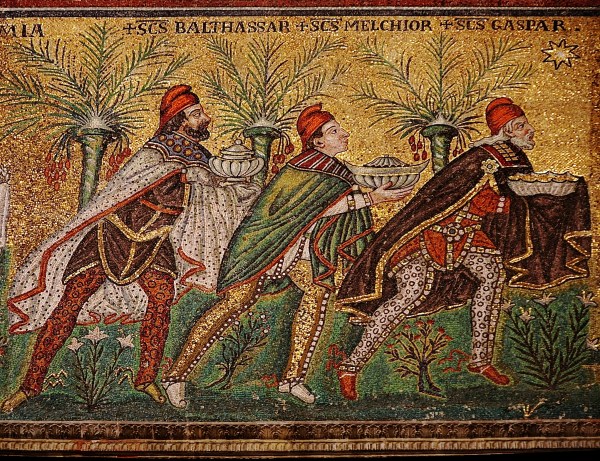 It was back to school for my kids on Tuesday after the Christmas break.  My twin daughters came home with gifts!  A girl passed out a small gift to everyone in their grade for “Three Kings“.  It was like Christmas all over again!

January 6th is the traditional day to celebrate Epiphany.  The date marks the end of the Twelve Days of Christmas and the start of the Epiphany season of the church year.  On Epiphany we celebrate the visit of the Magi to Jesus in Bethlehem.  Many cultures mark this with the giving of gifts under the banner of “Three Kings”.  At Christmas we give gifts because God gave us his Son, Jesus.  At Epiphany the Magi, wise men, gave three gifts: gold, incense, myrrh.  The three gifts are the reason we talk about three kings.  We don’t really know how many Magi came to visit Jesus.

Let’s focus on the gifts.  Consider the gold a gift fit for royalty – Jesus is the King of the Jews and the King of the Universe.  Incense was often used and still used today in worship.  The psalmist says – Let my prayers rise before you as incense.  Finally myrrh.  This was a costly balm or spice used in the preparation of a body for burial.  Could these men have understood that Jesus was the sacrifice for the sins of the world?  Did they have a copy of Isaiah 53 telling of this king led like a lamb to the slaughter – stricken, smitten, and afflicted?  Whether or not they understood or had this as their motivation for giving is not the point.  What is important is their attitude toward the King that reflected in their gifts to him.  They gave the best.

We don’t much about the the Magi.  They were a group of priests, astronomers and astrologers.  Their roots grow down into the occult.  They were valued advisors to kings.  We know during Israel’s Babylonian captivity King Nebuchadnezar placed Daniel, an Israelite and a prophet, over the Magi.  If Daniel wasn’t afraid of the lion’s den, I’m willing to bet he wasn’t afraid to share the promise of a Messiah with the men under him.  For as much as we don’t know about the Magi, we do know that these men were not Jews.  God’s promise of a Savior is for all people.  From the age of the innocents slaughtered by King Herod we know that the Magi had been traveling for up to two years.  They came late to worship, much later than the shepherds, but they were welcome.

Even if you have never been part of a church, have fallen away over the years, or maybe you and God are not on speaking terms, just like the Magi, you are welcome to visit Jesus.  Even if you missed the “Three Kings” gifts given on January 6th, God’s gift to the world is still waiting for you.