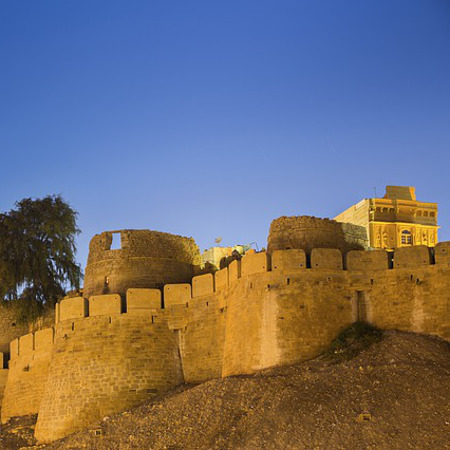 The battle of Jericho was a powerful demonstration of God’s power and the faith of God’s people.  The verses just prior to Joshua 6 are helpful.  Before the conquest of the promised land started there was a spiritual reset for Joshua.  He wouldn’t have to worry about a game plan or strategy.  More importantly Joshua wouldn’t have to wonder if God was on his side in the fight.  This was God’s fight.  Joshua was just following orders from God.

This point makes everything that happens clearer.  There is no question if Joshua was right in his decision to devote the city of Jericho to the Lord.  It was God’s decision that city be completely destroyed.  There was no question about marching around a city with the ark and a few trumpets.  That is how God would have the walls fall.  Incidentally, we may look at marching around the city.  Children’s videos on the account have the inhabitants hurling not weapons, but insults at the Israelites.  Israelites are openly questioning God’s “battle plan”.  The reality was that the people of Jericho were terrified by this psychological warfare.  Remember what Rahab told the spies, Jericho was terrified because of what happened to… Egypt?!  That was 40 years ago.  There was no youtube footage or newpaper articles, no PBS documentaries, or HBO specials.  They heard about it and they remembered.

It was God who acted powerfully when the Jews left Egypt.  God would act again as the conquest of the promised land would begin.  God has acted powerfully in your life too.  He went to the cross to rescue you from your sins.  God would not put that extremely detailed plan into action and reserve a place for you in heaven, but leave you blowing in the winds of chance and fate.  No, God has a plan for you.  Maybe not one that you would choose, but a plan “to prosper you and give you hope and future.”

This is the third Bible Class on our summer series – VIC: Very Important Chapters of the Bible.