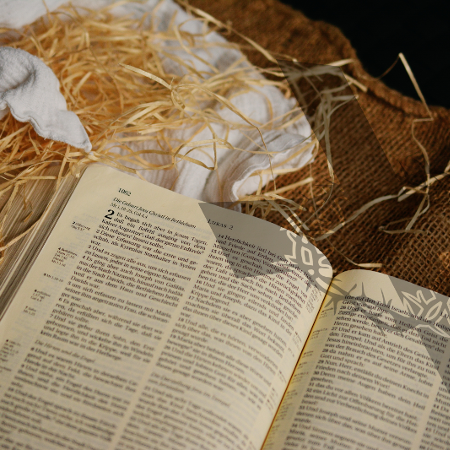 The light of the Christ child shines through the centuries, casting shadows on the pages of history.  In this first lesson in our Bible Study Shadows of Christmas, we’ll answer the question – how long?

They say that the waiting is the hardest part.  I don’t know if that’s true or not.  If I know that the person who made the promise will keep it, I have no reason to worry.  I may want something sooner than later, but that doesn’t really matter.  When the angel Gabriel appeared to Zechariah in the temple and announced that he would have a son.  That child would be the herald of the King of the Universe.  The promise of the Savior was narrowed down to just a few decades.

Paul writes in Galatians that Jesus was born when the time had fully come.  If you look at the political and and cultural side of life, the timing was perfect.  Israel was at the bottom of secular power and would not regain the glory of the David’s reign.  The time is known by historians as the Pax Romana – the Roman peace.  Rome ruled the western world with an iron fist.  This was bad for the political desires of the conquered nations, but it was frankly good for business.  There was peace.  The roads were good.  Travel was relatively safe.  Rome went and conquered nations, but after the taxes were paid – the religion and day to day matters of business were still controlled by the locals.

While Rome controlled the nuts and bolts of society, the finger prints of Greece could not be erased from the culture.  The common tongue was Greek.  When Alexander conquered the world all the way to India, he brought with him his Hellenic culture.  This, again, was good for business and great for a new message like the gospel to spread like wild fire.  Friendship evangelism was and still is the single best way to spread the good news of Jesus.  Fanned by the Holy Spirit, the relational aspects of Christianity were as powerful then as they are today.

The questions for us when it comes to “how long” are still relevant beyond a Bible history lesson.  We no longer wait for Jesus to be born.  Now the faithful look to skies and long for his coming again.  When Jesus returns on the Last Day it will not be in weakness and humility.  He will come as the Judge of all the living and dead.

God’s people didn’t really know when Jesus would come, but they did take God at his word.  They were not disappointed.  We have plenty of signs to look for concerning the Last Day.  They have all been fulfilled.  Do not be surprised if Jesus comes in your life time.  Not only do we NOT have details as to when he will come, but we know that he will come like a thief.  As we said at the start, the waiting isn’t the hardest part, not when the one who makes the promise is faithful and true.

As you watch the Bible study, would you have reacted the same as Zechariah?  How would you feel knowing that the wait was almost over?