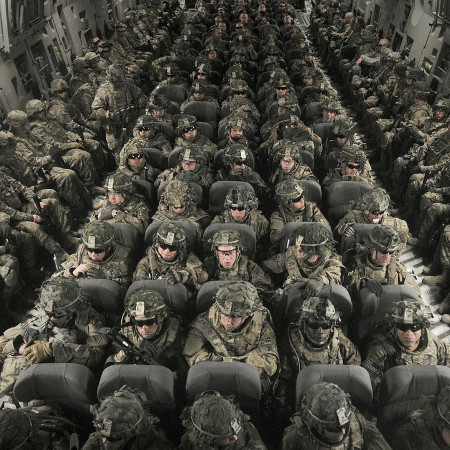 It might seem like a strange idea for God to want to count the troops.  He knows all things.  He knew that his people would take the Promised Land of Canaan.  There is more to this Bible study of Numbers 26 than just a general muster.  God had counted his people 40 years earlier at Mt. Sinai shortly after the Exodus from Egypt.  There were roughly 600,000 fighting men.  On this day when the Israelites were about to enter Canaan, the numbers were very similar – roughly 600,000 fighting men, but not one of those counted at Sinai were in their number.

The wandering in the wilderness, wasn’t a round-a-bout way to get from Egypt to Canaan.  It was a judgement on God’s people for doubting that they would be given the Promised Land.  Everyone of those at Sinai died in the desert.  As they were about to enter Canaan in Numbers 26 there were only three men left from that first set of 600,000: Moses, Caleb, and Joshua.  The later two being the good spies who encouraged God’s people to take the Promised Land.  In the next lesson we will see Moses only gets to see Canaan from afar.  He didn’t get to enter it either.

Is God harsh for this judgement upon his people.  Not really.  God keeps his promises.  A quick glance over the lessons in our study from Numbers reveals a stiff-necked people who rebelled over and over.  It is a wonder that they all weren’t destroyed in the desert.  Before we are too hard on God’s Old Testament people, isn’t it a wonder that we aren’t destroyed for our sin?  God doesn’t treat us as our sins deserve.  His mercies are new every morning.  May we see the examples from Exodus and learn from the mistakes God’s Old Testament people made.