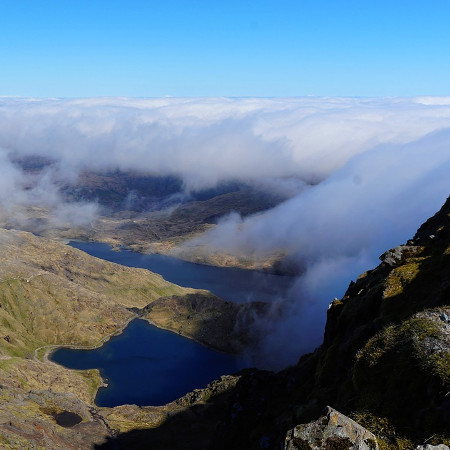 Have you ever been so close to something that you almost taste it.  Commercials do a great job of this when it comes to food.  How do they know when I’m hungry?  How do they know that I love a juicy steak?  …a cold beverage?  …a delicious treat!

Moses was so close.  He had led God’s people out of Pharaoh’s clutches some forty years prior to this event.  Through the incredible ups and downs recorded in the book of Numbers, Moses was faithful to what God commanded his to do – all except once.  There was that one time when Moses stumbled.  God told him to speak to a rock.  God promised that when he did, water would gush out and the people would have plenty for themselves and their flocks and herds.  The problem was that Moses became frustrated.  He didn’t do as God commanded.  He forgot his place and in his anger he struck the rock.  Water still gushed out, but Moses had crossed a line.  That might not seem like a big deal to you and me, but when Moses was standing before the Israelites he represented God himself.  He failed.

Because of that failure, God would not allow him to set foot into the Promised Land of Canaan.  That might seem like a crushing blow to a 120 year old man who had dedicated his life in service to his God.  He was so close!  Let’s not get sidetracked here.  Setting foot in the Promised Land of Canaan didn’t really matter.  Moses was excluded from Canaan, but he wasn’t excluded from heaven!  Jesus would one day come and die for Moses’ sins.  Because Moses – an Old Testament Christian – trusted in a Savior who would come (we trust in a Savior who did come), heaven was open to him and for many, hopefully most, of those people who died over those 40 years in the wilderness.