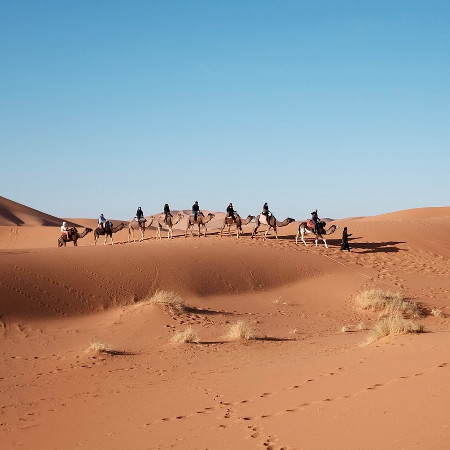 Genesis 12 takes us to the lands of Babylon to a man named Abram.  Names used to mean something.  In this case Abram meant exalted Father.  To this exalted Father God gave the task of heading for a new home.  This wasn’t because Abram had to get out of a bad neighborhood.  God wanted him to be the start of a new nation and so much more.

In this chapter God lists off eight different promises for Abram.  You’ve heard of over-promising.  God never over-promises because he always keeps his promise.  There is no under-delivering from our almighty God.

I want to take a look at two of the promises for a moment.  God says in this chapter that he will make Abrams name great.  Before facebook and twitter – before any kind of mass media – Abram became famous the old fashioned way – by word of mouth.  Everyone heard of this very successful nomad.  As the father of the Jewish nation even those people who aren’t Christian or Jews know of Abraham.  While Abram meant exalted father, Abraham meant father of many nations.  If you’ve heard of the Jewish nation, then you’ve probably heard of Abraham.  I bring this up because the Apostle Paul lumps us into this nation too even if there is no Jewish blood flowing in our veins.  You see, we are Abrahams true children because of the second of these eight promises I want to address.

This was the promise that all nations on the earth would be blessed because of him.  It is this promise that meant that the Savior of the world would be one of his descendants.  To each of the generations that followed this promise of a Savior was given.  In fact, the whole purpose of the Jewish nation was to receive the Savior of the world – Jesus.  How exactly am I along with the rest of Christendom true members of Abraham’s family?  Watch the rest of this week’s Bible study – Very Important Chapter – Genesis 12 – The Call of Abram.