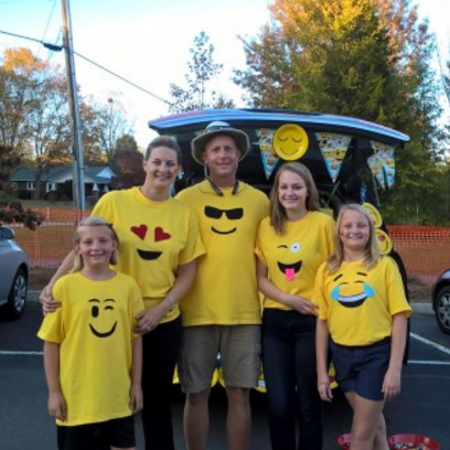 Halloween, also known as All Hallows Eve, is a curious holiday.  We know All Hallows Day better as All Saints Day.  What exactly are folks celebrating?  Is it candy?  Is it costumes?  Is it a far darker purpose?

The roots of Halloween are not Christian.  As with almost every holiday there was a pagan purpose behind the date.  In the Celtic culture the end of the year was October 31st.  With November 1st being a new year there was interest in seeing what the new year would bring.  Ancients would seek divination using various methods to find what the future might hold.  Some have claimed this is where the tradition of bobbing for apples found its origin.

It was also thought that at that point of the year the barriers between the spirit world and the living were weakened so that there could be communication.  Some even thought that the spirits came back to haunt the living.  This is where the traditions of the bonfire and trick or treating came from.  What better way to scare away the spirits than with a giant fire.  And if a spirit comes knocking at your door, you should probably appease it by giving it a treat.  Far better to lose a sweet than to suffer a trick.

Now those may be fine traditions, but what does any of it have to do with what we do in 2018 or what the truth really is as revealed by Scripture?

Today – as with most everything in the USA – Halloween has been commercialized.  It is the second most lucrative holiday for retailors with roughly $6 billion in annual sales.  This means that the holiday is second only to Christmas from a marketing stand point.  No matter what the meaning used to be for Halloween, I have a hard time believing that dressing a small child up in a princess or ninja costume and heading to a local church’s Trunk or Treat can be malicious in any way.  Does any of the previous, now forgotten, meaning matter?  Not really.

As for ghosts?  There is plenty of evidence that they exist.  Popular TV shows and movies have made legends come to life.  The problem is that our God would say that a man is destined to die once and then face the judgment.  That doesn’t mean there can’t be evil spirits at work.  So, can you stay after you die to haunt your relative and friends?  Not according to our God.  Could an evil spirit be taking advantage of traditions to cause trouble.  Most likely.  The Your Time of the Grace video devotions touched on the spirit world.  The Time of Grace Sunday Message answers the question, Will I Be an Angel?