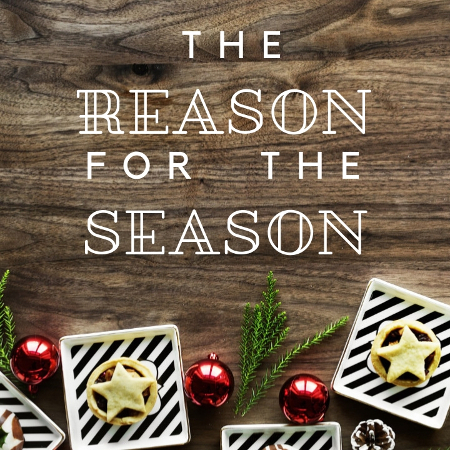 The reason for the season is Jesus, of course, but there were a number of prophesies rolled into that first coming.  One of these prophesies was the coming of Elijah.

Elijah was a prophet who witnessed to God’s goodness and power when the nation of Israel was falling away from God.  God told his people that Elijah would come and then the Messiah.  This was confusing to many people in Jesus’ day because they weren’t sure 1) who was this promised Elijah and 2) who was the Messiah.

The Holy Spirit makes it clear that John the Baptist was this prophet to come in the spirit and power of Elijah and that Jesus was the Messiah.

How God kept that promise of sending this Elijah involved a couple who could not have children.  Zechariah and Elizabeth were well past the age of child bearing.  While Zechariah was working at the temple with his priestly division, an angel appeared to him and told him that he and his wife would be parents.  Zechariah didn’t believe the angels words.  For this reason he was stuck dumb until the baby was born.

There was an angel who came and spoke to Mary and gave her similar news.  When Mary heard the news she had similar questions, but Scripture tells us that they were more logistical than from unbelief.  In any case it is worth pointing out that God doesn’t need our faith to accomplish his promises.  I think that was kind of the point with not one, but two miraculous births.  God was going to do this.  He used Mary, Zechariah and Elizabeth in those plans but he didn’t need them.

God still keeps his promises to us.  His love and forgiveness, his mercy and compassion don’t depend on us.  This is a very good thing!  God is not like Santa Claus who checks his list to see if we have been naughty or nice.  Jesus was nice – perfect – in our place.  Our naughtiness can’t exclude us from God’s family or our present under the Christmas tree that contains our ticket to heaven.  That is secured by God.  It is ours by a Spirit wrought faith.  Want to hear more?  Watch this week’s Bible study, The Reason for the Season: How Long?