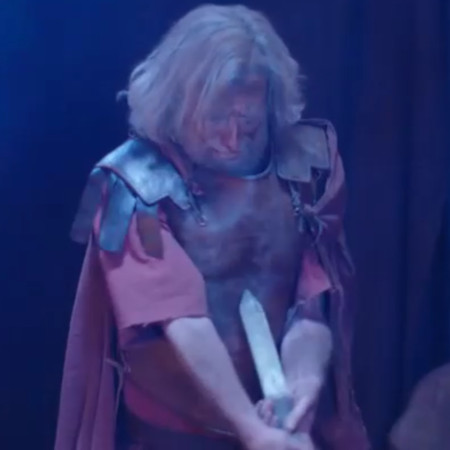 Is there an unforgivable sin?  When the Jailer in Philippi questioned Paul, he was looking for answers.  He didn’t know how to save himself.  He knew that something had to change or else he would be doomed.  A few seconds before, he was about to end his life.  Being at the point of despair is a terrible thing to experience.

One of the questions that comes up in my ministry is that of God’s grace.  Namely, is there a limit to it.  The answer is yes, but not for my purposes.  The example of Pharaoh in Exodus comes to mind of someone who has pushed and pushed God, and finally God says, “Enough is enough.  I’m done with you.”  Pharaoh hardened his heart and then God hardened Pharaoh’s heart.  That is insider information that normally we can’t see.

When I approach someone with God’s word, I don’t need to take inventory of a person’s morality.  I can freely proclaim Law and Gospel to the world with a clear conscience because the sacrifice of Jesus on the cross has paid for all sin.  This is in fact God’s charge for my and the rest of his church.

The Bible does, however, talk about an unforgivable sin.  That is the sin against the Holy Spirit.  What makes this sin so dangerous isn’t that it’s somehow worse than other sins as if we can start to rank them in severity.  Any sin that offends our Holy God is worthy of condemnation.  The problem with the sin against the Holy Spirit is that the person is telling God that he doesn’t want the forgiveness and grace.  This is unbelief, a rejection of God.

My grandfather was a Lutheran minister in a small town in Iowa.  I remember he told a story of one of his members.  The man had shot himself.  My grandfather spoke to the sheriff who had conducted the investigation.  The man actually shot himself at the kitchen table, but was unsuccessful in killing himself so dragged himself out to the shed where he reloaded his weapon and then finished his suicide.

When someone takes his life, the question is, did that person despair of God or was there another reason?  Was there mental illness or medication that the person was on that could have brought the person to that condition?  Was there any sign of repentance half way through the suicide showing a change of heart?  Finally God is the one who judges the heart.  Our job is to be as loving and gracious as possible.

Want to hear more?  Watch this Sunday’s Bible class fro our series, Ends of the Earth.