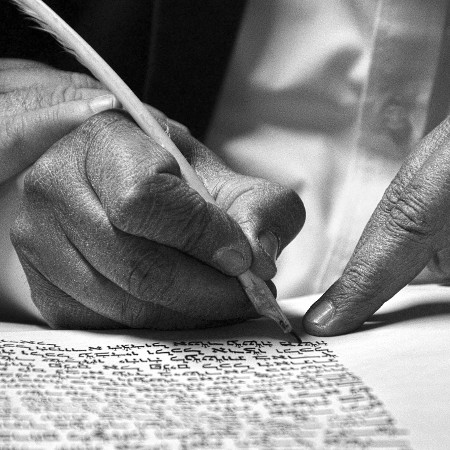 When you think about the Old Testament, Amos the prophet may not be the first thing that comes to mind.  He’s called a minor prophet for a reason.  His ministry was limited to the Northern Kingdom of Israel.  He worked a couple decades before Isaiah.  He didn’t have any formal training.  He was a shepherd and took care of sycamore fig trees.  He left his life to follow God’s call to reach out to the Northern Kingdom.  By this point, life was really bad in Israel.  Oh, economically things were good.  From a foreign policy standpoint, life was good too, although their success made them a target for other world powers.

The book of Amos is a depressing read because he was the last attempt by a loving God to call his wayward children to repentance before their were lost forever.  They weren’t wiped off the map per se.  They were led off into exile.  Then other nations were brought in to take their place.  This mixed group was known as the Samaritans in Jesus’ day.

There are a few take aways that we can find in the book.  First we have no right to take the condemnations in this book and apply them directly to the USA or any other specific country.  God simply doesn’t give us that latitude when it comes to his prophecies.  That being said, the general truth that God will judge the wicked still stands.  That brings us to our second point.  Israel’s worship at Bethel had degraded to the point of child sacrifice.  That is despicable.  But before we beat down Israel for their sins, we should note that the scourge of abortion is everywhere in our world. Every year there are more than 40 million babies murdered.  That comes out to:

While we don’t practice child sacrifice, the USA is the leading nation in the world when it comes to abortion.  This is a scary statistic.  HERE are some more stats.  Do not be deceived: God cannot be mocked. A man reaps what he sows. 8 The one who sows to please his sinful nature, from that nature will reap destruction. (Galatians 6:7-8)  It is not our job to carry out judgment.  We leave that to our very capable God.

The final point is that God is serious about grace!  What was in it for God to send Amos?  Amos was the final attempt by a loving God to reach out to a people who had almost completely turned away from him.  Want to hear more about God’s big heart towards sinners?  What is the only hope for someone who has killed his or her own child?  Watch this Sunday’s sermon taken from Amos 7.