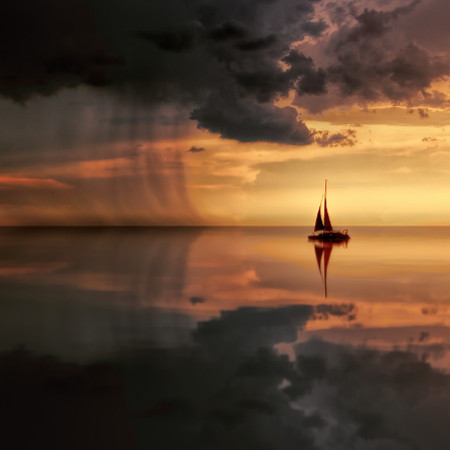 “So you had a bad day?  That happens to everyone.  What’s that?  This is the 17th bad day in a row?!  Wow.  That’s tough, buddy.”  I think everyone has a bad day from time to time.  Old Testament prophets were no different.  They had bad days too.  Our text from 1 Kings 19 gives us a great example of someone who had seen and done powerful miracles.  Calling down fire from heaven in a dual with false prophets is pretty cool.  Having God’s people cheer God immediately after that must have been an emotional and spiritual high.  But it didn’t last.

On Friday I was blessed with the opportunity to lead a team of volunteers on move-in day at Appalachian State University in Boone, NC.  We moved the belongings of a little less than 200 young ladies in White Hall.  There were a few tears shed by parents who had to say goodbye to their children.  There were a few dazed looks from new students who drove in a car and finally reached their destination.  They were greeted and given instructions.  I asked one girl if she was excited.  She gave me an apprehensive yes.  Then I asked her if she was terrified – she said completely.  That’s natural I supposed walking into a completely new environment and chapter of life.  That emotional high can crash quickly.

My eldest is an RA at East hall.  One of the young men in the dorm didn’t last the first weekend!  He moved in on a Wednesday and then moved home two days later.  He said he couldn’t do it.  Whether or not college is for you doesn’t really matter.  But when no matter where you go, you feel out of place, that’s a problem.  God says that you belong to him.  You are his body and soul.  Want to hear more?  AND want to hear how God lifted one of his prophets out of a funk?  Watch this Sunday’s message – Bad Day.