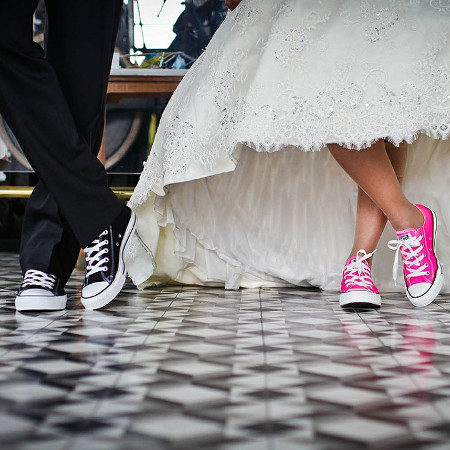 Matt and Dixie have been together for more than ten years.  They met in school.  Fell in love.  Started living together.  Dixie took Matt’s last name.  During tax season they check the box, “Married Filing Jointly.”  When they meet new people they introduce each other, “This is my wife, Dixie.” or “This is my husband, Matt.”  For a number of years they talked about getting married, but now they don’t really see a reason to do so.  You see Matt and Dixie live in South Carolina and in the eyes of the state, they are married.  They have a common law marriage.  This common law marriage isn’t common everywhere.  In North Carolina two people can live together as long as they like, but the state will never recognize the union.

God’s will is that a husband and wife get married.  His will is clear, but that clear will isn’t so common everywhere.  How can the Christian witness his or her faith in a time when society changes with the wind but God’s will never change?  The Apostle Paul walks us through how he reaches out to the two major groups in his age – the Jews and Greeks.  These two groups look a little different in 2018 but we have similar audiences.  You see the Jews looks for signs and power.  The Greeks were after wisdom and knowledge.  The greatest sign the world has ever seen was the resurrection from the dead, Easter.  The greatest wisdom the world will ever find is in God’s word.  Consider that true freedom isn’t doing whatever you want to do when you want to do it.  True wisdom is following God’s will for your life.

Want to hear more?  Check out this week’s sermon in our series God’s Courtroom – Common Law.