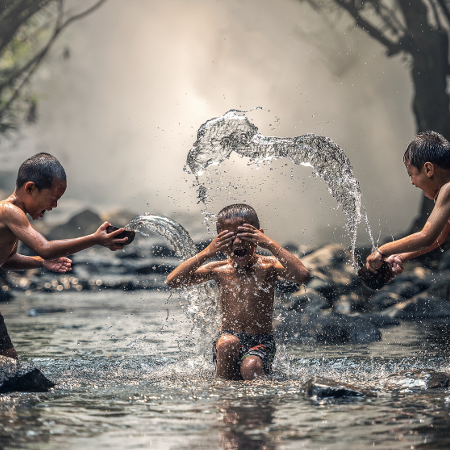 It’s a new season of the church year – AND it’s time for a new sermon series.  Over the next three weeks we’re going to walk to the manger.  On the way we’re going to make a few stops.  The first one will be down by the river.

Why would anyone go into the dessert, down the bank of the River Jordan (legend holds Quasr el Yahud as the location), to listen to an odd ball preacher?  What was it about John the Baptist that set him apart?  Sure there was the diet of bugs and organic honey.  Maybe the clothes weren’t in style.  Going to the river sounds like a good place to have a meeting, but understand this wasn’t in the temple courtyard where public spiritual instruction was supposed to take place.

What set John apart was his message.  He didn’t even try to make people feel good about themselves.  He did the exact opposite.  He called the people out for their sins!  I don’t know that anyone likes being told what is wrong in his or her life.  Would you go WAY out of your way – take a day of vacation – just to hear someone tell you off?  “You’re lazy.  You’re letting the people around you down.  What shameful thoughts run through your mind?  What shameful actions are you guilty of?”

The reason this would be appealing at all is because we know that there is something wrong.  God already burned his law onto our hearts.  We may not like to hear the message.  We may bury the truth of our sin deep in our hearts, but we know that it’s true.  There is something very refreshing about hearing the truth.  How did that truth impact God’s people?  Watch to find out!