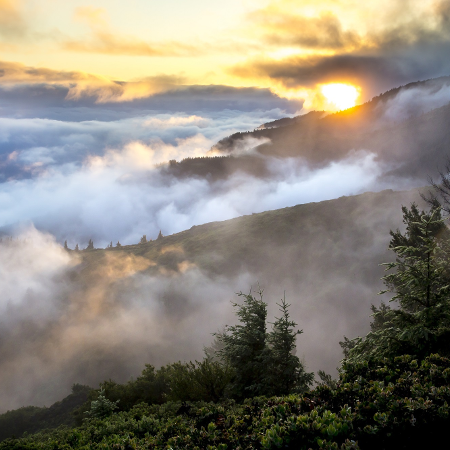 Some people have said that it’s not the destination – it’s the journey.  I think what is meant by that is sometimes working towards a goal is more joyful, fruitful, and meaningful, than any end result.  End results can be anticlimactic.  That’s not true about Ascension.  When Jesus ascended into heaven he ended our Easter Journey and gave the church it’s marching orders.

Some have openly questioned why Jesus had to leave.  Wouldn’t the church have been better off if Jesus had stayed?  How awesome would it be if the church was a sick ward where everyone left cured, whole, and alive?  Wars and rumors of wars wouldn’t dominate the news, just clippings of Jesus’ teachings on world peace.  The problem is that Jesus came to offer us so much more than just making the world a better place.  As long as Jesus was around people had the wrong idea.  Jesus’ kingdom is not of this world.  It never had been, but when God is your friend walking around performing miracles and putting the corrupt status quo its place on a daily basis, there are a few misconceptions that creep in.

Jesus’ promised that he would clothe the disciples in power.  What did that look like?  Pentecost is the topic for next Sunday.  For now we can know that Jesus may be gone from the earth, but he has not left us.  While it is true that Jesus is in heaven, he is still with us.  Where ever two or three are gather in his name, there he is with them.  When we celebrate the Lord’s Supper, he is in the bread and the wine.  Jesus is the King of the Universe controlling all things for his church and his children.  That “controlling of all things” is something that we call providence.  Want to see it in action?  Consider what happens when a powerful king has insomnia.  The story of Esther is perfect for Ascension.  Jesus is our King and he’s still in control today.