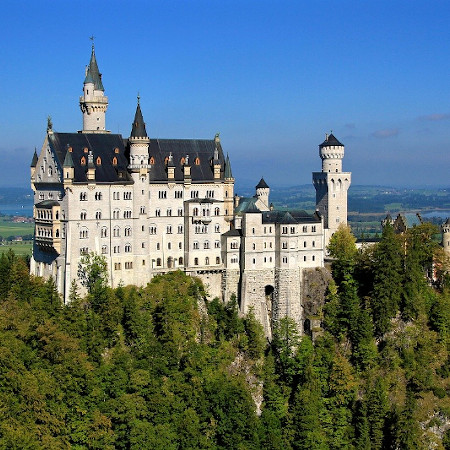 What can you do for the king?  We might not have a king in America, but the concept of duty is not lost in America.  Soldiers, public servants, even elementary school children fulfill their civic duty when they pledge allegiance to the flag.  Paul writes in his letter to the Colossians: All things were created by him and for him. Why do you exist?  Because God created you, of course.  Even that truth is scary to some because it implies accountability.  For all the “genius” that godless “science” offers, this is the one thing it can’t supply: purpose.  King Solomon figured this out almost three thousand years ago.  Everything is meaningless – a chasing after the wind.  You finding a purpose just in this life isn’t good enough.  It’s been fun watching my children grow into the gifts that God has given them.  But there is more than just this life.  The problem with not being firmly grounded in the why of life is that your quality and self-worth depend greatly on your purpose.

Consider this plurb from a Forbs article:

A successful portfolio manager, who I will call Terence, reached the pinnacle of his career, making millions of dollars in a single year by riding a powerful market trend with significant positions. Now financially secure, he decided to retire, escape the rat race, manage his own capital, and enjoy life. Within months, however, he reached out to me for psychological guidance. His new life was anything but bliss. No longer “in the game”, he felt rudderless. Free time became a source of boredom. To his dismay, he was feeling less physically healthy than when he was working crazy hours. He found himself spending an increasing amount of his time worrying about his health. That, in turn, proved burdensome to his spouse, leading to conflict and unhappiness at home.

What was going on?  Terence didn’t have a purpose in life.  Let me check that – he did, but that purpose of success and a pile of money didn’t end well for him.  He didn’t have any meaning.  Let me give you a different example.

Let me introduce you to another face.  The kids at the sound desk had never seen her before, but I bet you recognize her.  Dolly has had enormous success as an entertainer.  I don’t know if there is a larger industry of failure and loss of purpose than with musicians and rock stars – maybe professional athletes.  Listen to her witness.

“I never let go of that. I always felt responsible to God that I was supposed to be doing something for God. I still feel like that, and I’m still doing it, trying to. Sinning all the way, but trying my best, and asking forgiveness seventy times seven.”

There is something to be said for having a purpose – a job, a career, responsibility.  But unless you understand that you are ultimately responsible to Christ the King, you will miss out on your fulfillment.  Want to hear more, including how Christ the King holds everything together?  Watch this Sunday’s message taken from Colossians 1.