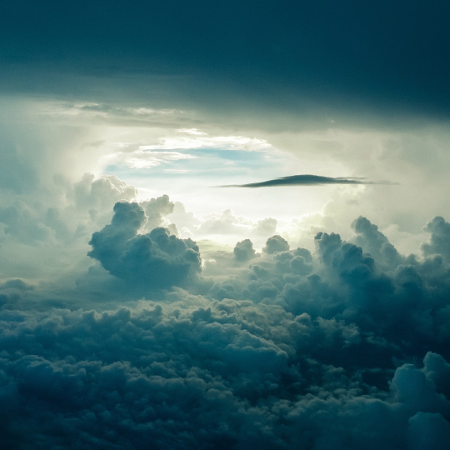 The Master of Disaster probably isn’t the warmest, most fuzzy name we could give to our God, but it can be helpful.  How do we get our minds around the troubles of life?  Why would God allow heartache to come my way?  Job found himself on the short end of… everything!  His family was destroyed.  The same happened to his career and then his health.  Even his own spouse encouraged him to give up on God.  His “friends” told him that he must have done something to tick God off.  Destruction like this doesn’t “just happen” on its own.  Job must deserve this treatment.

One of the cause of depression can be the constant thought that nothing is going my way.  Your Time of Grace Ministries does a great job working through depression and how we can combat those self-defeating thoughts.  Our God loves us.  He shows us in many different ways.

Job reached a boiling point when he asked God for an indictment.  Tell me why God.  So God appeared to him in a thunderhead.  He doesn’t really answer Job, but he does give him an ear full.  God peppers Job with question after question about all the things Job surely knows since he thinks he’s on equal footing with God.  God covers the creation of the world, sending bolts of lightning to their targets, and controlling flood waters.  Surely Job knows how to do these things.

Job figures out very quickly that challenging God was a bad idea.  But that isn’t the end of Job’s story.  God restored all that Job had lost DOUBLE!  The exception to this was his children.  Job didn’t receive double the kids because he never lost the first set.  They are just waiting for him in heaven.

The truth is that we don’t deserve just the bad things that happen to us, we deserve far worse!  The same God who controls flood waters, held onto Mary’s finger when he was crying in a feed trough.  This same God underwent the torrential flood of God’s wrath as he hung on a cross.  Because he did, we never will.  All that’s left for us is peace and a blessing.

Want to hear more about how the Master of Disaster controls our lives?  Watch this Sunday’s sermon taken from Job 38.