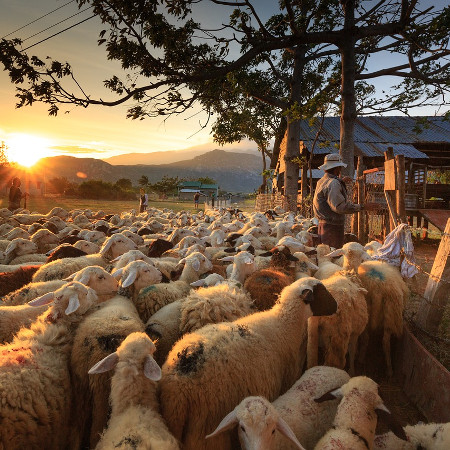 The Chinese government has strict rules about you adopting a child.  One of those rules is that you must spend at least two weeks, I know of families who have spent three weeks in China waiting to adopt their child.  This happens because the Chinese government wants to see that you have skin in the game.  How badly do you want this child?  You don’t get to come for a few hours and leave with a child.

When God called us to be his children – the process in some ways was very simple.  God calls us his child… and we are!  God didn’t spend two or three weeks on earth.  He spent thirty-three years!  He spent his life for us when he died for us on the cross.  He did all of this that he might be able to lavish his love on us.

What does it mean to lavish love?  It may surprise you to know that the first thing I thought of was a baked potato, slathered – lavished – butter, sour cream, and bacon bits.  I don’t know that a baked potato really communicates what God was doing for mankind in Jesus.  So consider this story of two different men who lavished their love on a group of orphans at Christmas.

The first man was not a stranger to the orphanage.  Rather he was an annual visitor.  He would give every child a wonderful gift every Christmas and tell each child, “I love you and consider you my child.”

The second man came to the orphanage, adopted every child there and said, “I have plenty of money to provide for you all, but I will not give you everything you want.  I will always love you.  You will be a part of my family.”

Which of the men lavished love upon the orphans?  They both did in truth.  But if you had to pick one, it would be the man it was the man who adopted all of the children and took them home!  This is what our God did for us.

It was Good Shepherd Sunday.  We enjoyed the rich imagery of our loving God who cares for us, his sheep.  We continued our Easter series New Life under the theme: New Life in God’s Family.

Want to hear more?  Can someone really sign a certificate of debaptism?  What does God do with such a person?  Watch to find out.