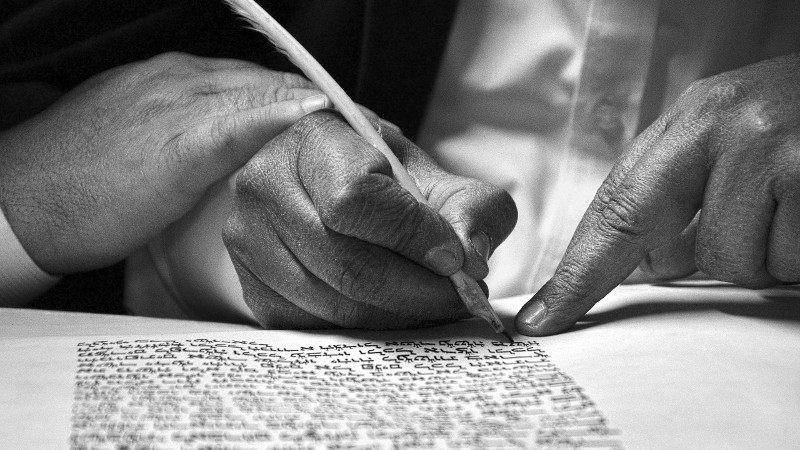 “Promises Kept” sounds like it would make a good slogan for a Hallmark Card. That might be because promises are so often broken in life. A parent can’t take a child to the fair because something comes up at work. A middle school friend blabs a secret during the lunch hour, breaking a promise of confidence. Marriages are dashed against the rocks of infidelity because one spouse’s expectations are not living up to reality – breaking a promise.

God did make some “two-way” covenants with his Old Testament people. Those didn’t work out so well. God’s people broke faith with him. What is most important isn’t our promises to God, but God’s promise to us.

For those people who had gathered to hear the reading of the Law by Ezra the priest, it was overwhelming to see first hand what their infidelity had wrought and how faithful their God had been. True to his unchanging word the exiles returned seventy years after they had left.

It wasn’t quite that simple, of course. To our God these are just details that he knows and already has worked out. The first exiles to return by the command of Cyrus the Persian under the guidance of Governor Zerubbabel faced a tough opposition. The wall surrounding the city was not built. It was dangerous work and God’s people grew frustrated. Seventy years after the first exiles returned to Jerusalem, Artaxerxes was on the throne of Persia. God raised up a man by the name of Nehemiah to be Artaxerxes cup bearer. In case you didn’t know, a cup bearer was far more than a butler. This was the emperors most trusted official because Nehemiah was the one who made sure that his food wasn’t poisoned.

Want to hear more about how Nehemiah build the wall in 52 days? How can we remain faithful to God’s word? Watch this Sunday’s message taken from Nehemiah 8.