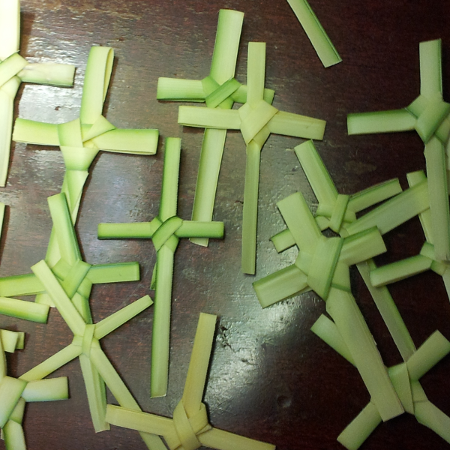 There are times when I see people who want to rejoice and shout.  A perfect example of this was last week end when the North Carolina Tar Heels basket ball team won the NCAA Championship.  People would stop me and tell them that the Tar Heels won.  They were sincerely concerned that I had not heard the good news.  They NEEDED to tell me how good their team was and that they were excited.  After the second or third person told me this, my enthusiasm was dropping. (It can be difficult for a Golden Gopher to live in North Carolina.)  I completely understood why the people were excited.  They had a very good reason to rejoice and shout.

When the prophet Zechariah wrote his ninth chapter, there was only one reason to rejoice and shout, but it wasn’t because things looked good.  Life was going to be hard.  Not just hard for Zechariah, but for the next few generations of Jews living in the Promised Land.  You see the Jews were returning from exile.  They understood that God has sent then into exile to wake them from their spiritual slumber.  They understood that idolatry threatened their souls.  Sometimes reality looks so harsh, we need God promises to refocus us on what truly matters.  That would be God’s promise of a Savior.  The Jews didn’t know that his name would be Jesus.  They didn’t know many of the intricate details of Jesus life, but they knew that God would keep his promise.  In fact it was because God made that promise that the Jews had all the reason they needed to rejoice and shout!  When God makes a promise, it is as good as done.  Want to hear more?  Why is Zechariah often called the Prophet of Holy Week?  Watch this Sunday’s sermon taken from Zechariah chapter 9.