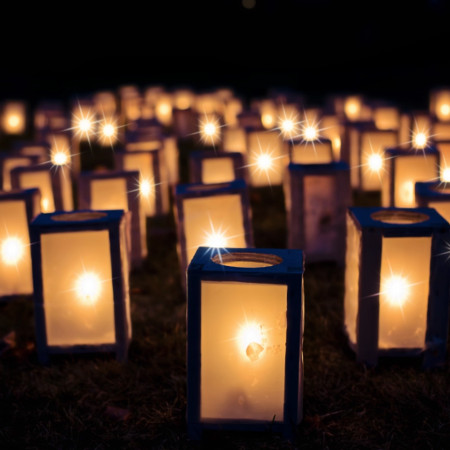 A royal visit is always a big deal!  We stay up into the wee hours of the morning to watch a royal wedding.  We are fascinated by children born into royalty.  Queen Elizabeth has visited more countries than any other world dignitary.  In 1952 she was crowned queen of England.  Since then she has gone around the world to every corner of the globe.  However, don’t think that she has been roughing it.  Queen Elizabeth takes with her some four thousand pounds of luggage including two outfit for every meeting, her own blood supply, and a white leather toilet seat.  A lady needs certain comforts on the road.

Contrast that with Mary and Joseph as they traveled to Bethlehem.  I don’t think they had anything.  Luggage?  You would need possessions to have luggage!  The only white leather belonged to the cow that was lowing a lullaby for the newborn king.  It does seem strange that God would go to all the trouble to send his son only to have no one know about it?  There was no internet or viral video of the event.  There was an angel choir, but they didn’t really have an audience.  I would have thought that would have filled up the Coliseum in Rome or some other large venue so that he could get the word out, but he didn’t.

When God sent Jesus he wasn’t doing so to make headlines.  God doesn’t want to be famous.  He wants to rescue you!  You might be thinking, “From what?!”  Well let’s start at then end.  Unless you were one of the first two people on the planet.  All of you have had birthdays.  They’re fun, but not that great, right?  There is only one person who had ever had a resurrection day.  That would be Jesus.  He didn’t come to accomplish that for himself.  Christmas is about God’s plan secure a resurrection day for each of us!  As the carol says, Jesus was born that we no more may die.  Forgiveness, eternal life, and peace in your soul.  That’s what Jesus gives at Christmas.  That’s a Royal Visit.

Want to hear more?  Watch the message from our Christmas Eve Candlelight Service.