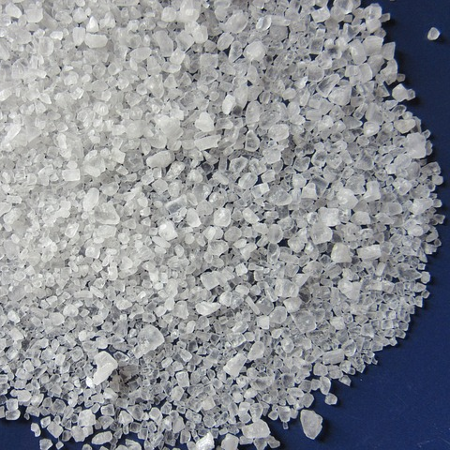 If someone called you salty, that probably isn’t a term of endearment.  Being a salty Christian doesn’t necessarily mean that you are angry all the time.  Jesus calls his disciples, and us, the salt of the earth.  That does that mean exactly?  I think you could break it down into three areas.

Before refrigeration and plastics the only way to keep meat from spoiling after 24 hours was to roll it in salt.  Salt was a valuable commodity in the ancient world for this reason alone.  The diet of sailors on a 100 day voyage was often only salted meat!

If someone accused you of putting salt in a wound, that meant there was something that hurt.  The practice of cleaning wounds with salt water is again an ancient one.  The burn of the salt was worth it if it meant there would not be an infection.

Who can eat eggs in the morning without a pinch of salt!?  We still use salt to season just about everything in our diet.  For those of us with heart conditions, we can get into trouble.

Jesus brings up the point if salt loses its saltiness it’s not good for anything but to be thrown out into the street!  If you walked into a market to purchase salt, it was a common practice for a dishonest merchant to add a little salt in with the sand.  You wouldn’t figure it out until you put some on your eggs and started crunching away.  You wouldn’t use it!  Out the window, into the street the contaminated salt would go.

We are the salt of the earth.  We preserve society by speaking up.  People may not want to hear what we have to say, but salt doesn’t care what the meat thinks.  Salt preserves.  Salt might burn in a wound, but it prevents infection.  I don’t know that there is a gentle way to point out sin, but if that means a person is saved from guilt and loss of faith, that pain was well worth it.  Finally we offer so much to the people around us as Christians.  The temptation to be silent is powerful.  May God give us the courage to speak and never lose our saltiness.  Want to hear more?  Watch Sunday’s sermon from Matthew 5.