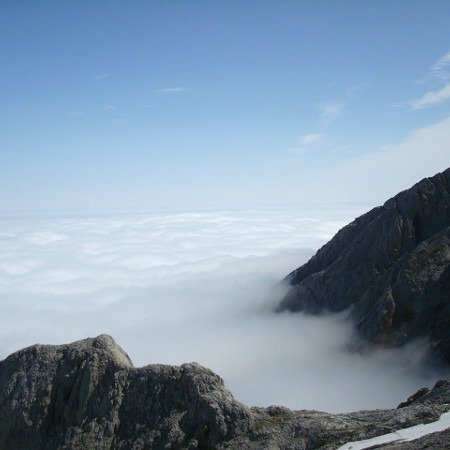 Student debt can be a crushing reality to a college graduate.  The 2019 average student debt for a college graduate is just under $30,000.  No matter what the debt might be there is a way to amortize the amount and figure out how long it would take to pay it off.  The trouble is that some people look at their spiritual life in much the same way.  They know there is sin, a debt to an almighty God, but all they have to do is amortize the pile of sin and figure out how to make up the difference.  This is not how our God works.  It’s not how we work either, frankly.  We might think that we can pay God off – “All, I need is more time…”  No amount of time is enough to pay of a holy God.  That is the lie of every other religion in the world.  Some mistake Christianity for this spiritual banking system.  The truth is quite different.

This year’s commencement speaker at Morehouse College was a billionaire named Robert F Smith.  He said that he would pay off the student loan debt for every one of the 396 graduating students that year.  That is a wonderful gesture.  The average student graduating from Morehouse College reportedly had a debt in the neighborhood of $100,000!  $40 million might not be that much to a billionaire, but it’s an enormous sum of money for each of those kids.  I wonder if they thought, “Well, of course that rich guy should pay for it!” and not give it another thought?

This Sunday we celebrated Jesus’ Ascension into heaven.  There are some who don’t understand why Jesus had to leave!  Wouldn’t the Christian church be better off if Jesus had stayed on earth?  The answer is no.  Jesus left and gave his church their marching orders to go out with that incredible message of forgiveness for the whole world.  The spiritual debt has be paid.  That doesn’t mean it didn’t cost God anything.  If anyone thinks that God’s grace is cheap, he needs only to review the events of Holy Week.  Jesus paid for our spiritual debt with his life.  Once that was accomplished, he could ascend into heaven where he still intercedes on our behalf as we get to kingdom work.  Jesus is still on the move!