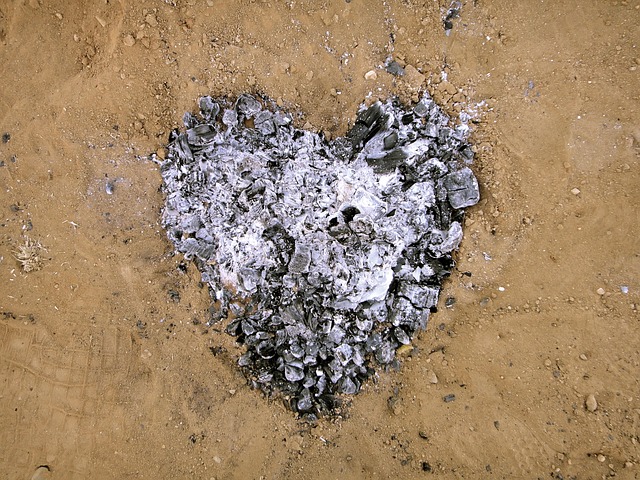 The cost of Ash Wednesday is clear.  To get ashes something needs to be burned up.  Smearing those ashes on yourself has been a sign of repentance for thousands of years.  To the casual onlooker, that makes sense, but what I can imagine is confusing is that EVERYONE needs to have ashes.  We can appreciate that there are bad people in the world who need to repent and change their ways.  What can be difficult to comprehend is that before a Holy God, that’s all of us.   We like to make the punishment fit the crime.  In God’s defense that’s exactly what he did when he condemned creation for its imperfection.  God cannot be holy and allow sin to exist unpunished.

This week I received my first red card.  I was ejected from a soccer game.  Before you think less of me, can I plead my case?  I was the goalie in my second game of the night.  I routinely slide in front of balls and opposing player to block shots.  Tuesday I didn’t touch the opposing player, but the ref didn’t like my slide so he cautioned me.  Then a few minutes later, I chased a player out of my box, there was a long shot – I reacted and grabbed the ball with my hands.  That’s considered unsportsmanlike – I was carded a second time and ejected from the game – including the very next game I was scheduled to play in.  I was disappointed, but the cost was small for my offense.

Rewind to King David three thousand years ago as he stands before the Lord.  In his pride he had counted the fighting men in Israel.  David had become too big for his britches.  What would be the cost of this sin?  70,000 people would die.  That’s staggering!  Before we go any further we need to extend the caution that we do not incorrectly connect the dots in 2019 as God did three thousand years ago for us in the Bible.  Just because 60% of the students in my kids’ school have gotten the flu this year, that doesn’t mean the principal did some wrong to cause the outbreak.

I have to ask the question.  David sinned and was given a choice as to what would be the cost for his sin.  God wanted to show David and his people that this was serious.  David’s choices were three years of famine in the land, three months of an enemy nation attacking, three days of plague.  David chose the plague.

This next scenario won’t happen, but imagine if God treated us this way.  Pastor Fred offends God – should his wife die or one of his five children?  What should the cost be for my sin?  That’s a terrible choice to have to make, but thankfully I won’t ever have to make that choice because God made that choice for me.  He chose death by crucifixion.  He chose rejection and abandonment by those closest friends a person can have.  He chose being flogged – ripping the sin off my back.  He chose the agony of hell and the rejection of my heavenly father.  He didn’t choose this for you or me.  He chose it for Jesus.