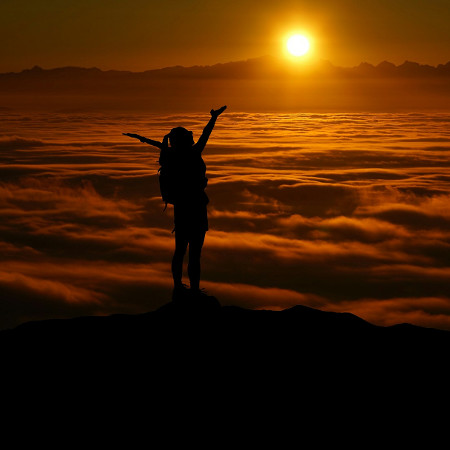 The dead will live again!  This isn’t some scary movie, this is the Gospel of John.  If the dead rising from their graves doesn’t interest you, maybe you’re looking at this from the wrong perspective.

Do you ever wish that you were some place else?  Maybe it’s that last class of the day or the first meeting after a long weekend.  I’m not that fond of the dentist chair.  Maybe you feel that way about the doctor.  There are plenty of situations in this sinful world where we wish things could be different.  Today on Saints Triumphant Sunday we look what our God has to offer us in the life after death.

Jesus starts describing his power over death in a curious way.  “A time is coming and now has come…”  Jesus isn’t trying to be tricky, he’s just saying that something is true now and will be true into the future.  AND as you keep reading, you’ll see that he’s going to contrast this first point with his second involving the end of the world.  This on going fact is that the dead will hear his voice and live.  That might sound fantastic, but if you look at Jesus’ ministry we know of at least three times Jesus called someone who was dead back to life: Lazarus, Jairus’ daughter, and the Widow of Nain’s son.  And, if you’re a Christian, you know that voice.  You heard it at your baptism when you were called to faith and spiritual life.  You hear it ever time to come to the Lord’s Table – “Given and shed for you.”

You also know what it’s like to be among the walking dead too.  All who are born into the sinful world inherited more that a set of chromosomes from their parents.  Each of us came complete with a sinful nature.  This is the cause of the deadness that rests inside every human soul.  Want to learn more about how Jesus raises the spiritual dead now and how he will raise the physically dead on the Last Day?  Watch this Sunday’s sermon taken from John 5.