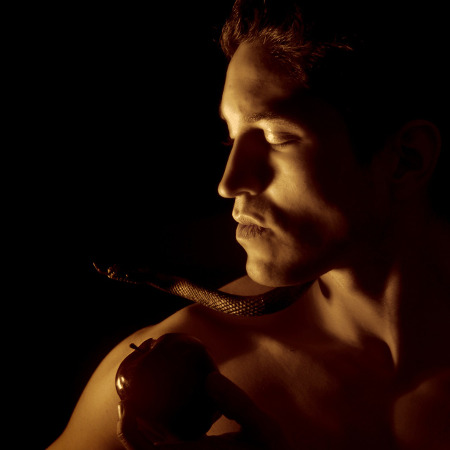 I don’t think Adam ever had a doubt.  The reason comes in our text from Genesis 4.  We have the first to children in the world.  While we don’t know much about the Old Testament worship practices, there obviously was worship.  There wasn’t anything wrong with a grain offering from what we know in Exodus and Leviticus.  The problem with Cain’s offering was that there was something wrong with his heart.  Was it that Cain’s offering wasn’t consumed with fire from heaven?  Did God speak directly to the worshiper?  These are interesting questions.  Not only wasn’t Cain’s offering accepted.  He was warned personally by God.  This warning went unnoticed sadly.  The very next verse was Cain leading his brother out into the field where Cain killed him.  The first death was a murder.  The first murder wasn’t manslaughter or accidental.  This was premeditated murder!  To make it even worse, when God approaches Cain for a confession, he lies to the Almighty and shows complete indifference for what he had done.

The focus of this text is Adam and that he died.  That might seem like an obvious point.  But think of it this way.  I’m 42 and I feel like I have been around the block once.  Imagine adding 900 years of Super Bowls and World Cups, of Christmases and New Years Resolutions!  900 years!  One might wonder if Adam had it so good that he might have forgotten about God’s curse and condemnation.  There is no way Adam forgot losing his second son at the had of his firstborn.  Of the thought that his first born turned his back on his loving God and was lost forever would be heartbreaking.

Christmas is wonderful because it is the fulfillment of God’s promise to send a Savior.  Adam longed to see that day and waited 930 years.  We live in the reality.  Merry Christmas!  Want to hear more?  Watch this Sunday’s message taken from Genesis 4:1-12.