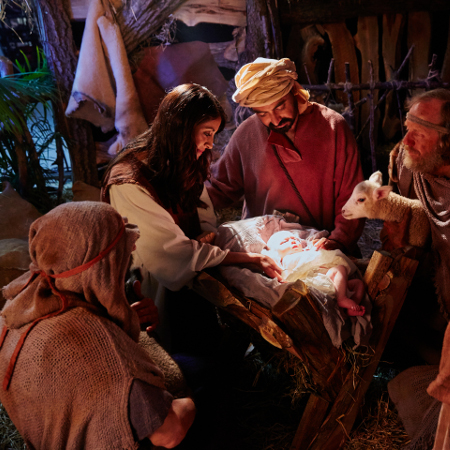 Right after God pronounced judgment on the serpent in Genesis 3 and the very first Gospel something happened.  Adam named his wife.  Included with God’s pronouncement were curses on creation.  Life wouldn’t be paradise any more.  It would be hard and difficult.  Worst of all there would be death.  What would you name this woman that God gave you right at that moment?  I don’t think anyone would’ve blamed Adam if he had named his wife – Death.  To be sure the Hebrew would have sounded better, but still it was a statement of faith to name his wife – Life.  We know her as Eve.  Eve, true to her name, would give birth to a living son, Cain.  Watch this week’s sermon to see what she may have been thinking about this child.

Cain wasn’t the Promised Savior.  Eve and the rest of the human race would have to wait until the time had fully come.  When God’s time was right, he kept his promise and sent Jesus.  Most often we focus on his suffer and death – that isn’t all bad, but today we’re going to focus on his virgin birth and active obedience.  His life isn’t just an example for us to follow.  Jesus is our substitute in life and in death.  He was perfect not to show you how to live a perfect life, but because you can’t live a perfect life.  By faith Jesus’ perfection is ours.  You can say we are saved because Jesus lived for us.  Want to learn more about Jesus’ Virgin Birth and his Active Obedience?  Watch this week’s sermon from Galatians 4.