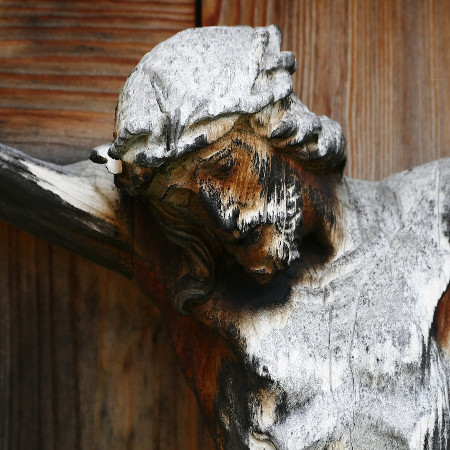 Thorns aren’t that confusing – a little barb on a plant used for protection is a common sight.  But a thorn in the flesh is a different thought.  Paul isn’t talking about a protective layer of armor – he’s talking about getting hurt by a thorn… poking him in the flesh.  The Greek word that is translated thorn was a literal torture stick.  The idea behind the word was being punched by many blows.

There is plenty of speculation that goes into Paul’s Thorn in the Flesh.  Some have speculated that is was a physical ailment such as poor eyesight or a chronic illness, like malaria.  It’s not out of the realm of possibilities to imagine that he was simply injured in one of the many persecutions he endured.  People can lose a finger in a car accident today.  Did Paul lose something worse than a finger in a shipwreck?  The Bible doesn’t give us any specifics.

Some wonder Paul’s conscience bothered him the rest of his life.  Paul calls this thorn a messenger of Satan.  Satan is the great accuser.  Would Satan have left Paul alone after he killed unknown numbers of Christians in early persecutions?  After all, he was so successful that he took his persecution show on the road to Damascus.

I wonder if Paul’s ailment is left ambiguous on purpose so that each of us could see ourselves in Paul’s shoes.  So that we could make Paul’s cry for mercy our own.  So that we could find refuge in Jesus’ words to Paul – My strength is made perfect in weakness.

At Jesus’ word Paul doesn’t become bitter or angry.  He doesn’t complain about what God hasn’t given him or how he’s being held back.  He does the exact opposite!  He revels!  He rejoices in his persecutions, in his weaknesses.  Because when in his weakness Paul has no choice but to focus on God’s strength.  That strength is real.  That strength is found in God’s promises.  Want to hear more about God’s strength in your life?  Watch this week message taken from 2 Corinthians 12.