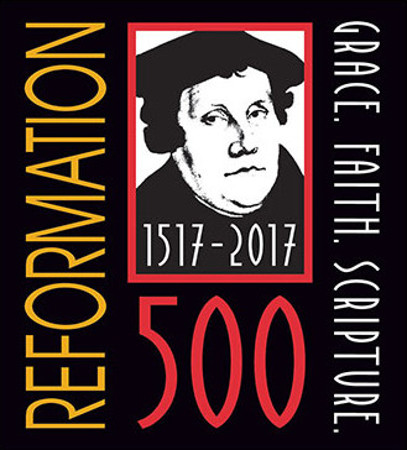 As Martin Luther slept naked on a stone floor I don’t think he was feeling very free.  As he cleaned and worked himself to the point of exhaustion he didn’t find freedom.  Martin Luther understood that his God was Holy and that he demanded perfection – a perfection Martin could never achieve.  Luther’s descent into his own personal hell is a scary look at what can happen to a person who only hears the Law of God.

Maybe you’ve met someone who has ONLY been told that he or she isn’t good enough – will never be good enough.  Getting that message of works and rules across is easy, but that message only leads to death.  Paul writes that all of us have sinned and fallen short of God’s glory.  You can’t dig deep.  You can’t focus.  It doesn’t work to compare yourself to someone worse than you.  The only point of comparison is our Holy God.  How can we reach a bar that God has set so far beyond our reach?  The good – the righteousness – that God demands must come from someone, somewhere else.

When Luther read Romans 3:21 But now a righteousness from God, apart from law, has been made known, to which the Law and the Prophets testify.  It hit him like a bat to the head.  His mind flew through the psalms (he knew them all by heart) hearing them again with a new definition of grace, love, and righteousness.  God transformed from a vicious task master to a loving father.  Everything clicked.  The Spirit convinced him of this truth.  Nothing would change him.

That is the spiritual triumph in Christ behind the Reformation of the Christian Church that started when Luther – his mind awash in questions – posted 95 of them to the castle door in Wittenberg, Germany.  His reforms bathed souls in the peace of the gospel all across Germany.  He wasn’t the first person to hear the Gospel and take it to heart.  He was the first reformer to live.  Savonarola and Hus sadly did not.  Secular and sacred officials wanted to keep order and not change the theology of the church and were willing to kill to keep the status quo.

October 31st, 2016 marked the 499th anniversary of the Reformation.  When the 500th anniversary comes around next year there will be opportunity for the witness of the gospel to shine through.

This Sunday we begin our new sermon series Sundays of Promise.  This first sermon from the gospel of John offers us the promise of truth.  Reformation Sunday ushers in the season of End Times, a short season when we focus on the end of the world and God’s promised deliverance of his elect.