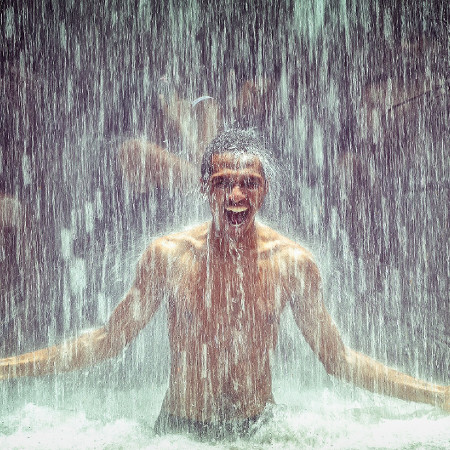 We eat with washed hands because we don’t want to get dirt on our food.  The concept of washed hands is great until someone takes it too far.  The Pharisees of Jesus’ day believed that God liked them more because they not only thought they were following the Law of God.  They had the traditions of the elders, the Mishnah, that piled another 200 rules on top of God’s Law.  The problem was that for all of the extra rules, these people STILL didn’t follow God’s Law.

God calls the Pharisees hypocrites because no matter how much they walked around with washed hands – remember, up to the wrist! – God was still not pleased with them.  They would tell people to be holy like they were, but they weren’t actually holy.  They were leading God’s people astray.  They had created this clique who actually believed they were “better” than the rest of God’s people.

It is to these people that Jesus explained it’s not what goes into a person’s body that make that person unclean – it is what comes out.  What comes out was all sorts of sin and filth.  Know one has to teach a child how to sin, he or she is just good at it.  Ask any middle school teacher about the creativity of one of their students.  Creativity when it comes to being bad that is.  If that sounds like a whole negative view of humanity, apart from God, that’s exactly the picture that Jesus paints.

You probably know what I’m talking about when I say that some sins actually leave us feeling dirty.  Why is that?  There is no mud or grease left on our bodies from a sin that is only in the mind, is there?  Play writes from hundreds of years ago understood this concept too.  While it may seem like the vast majority of this sermon is about getting dirty, Jesus supplies us the only way to truly be clean.  Want to hear more?  Watch this week’s message taken from Mark 7.