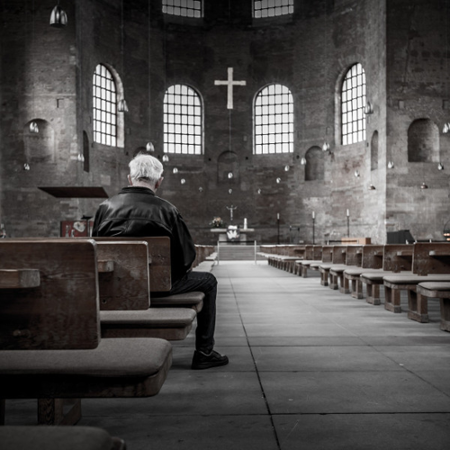 The Post-Modern society struggled side by side Pontius Pilate.  Truth had been relative long before and long after the Roman Governor interrogated the Lord of Life in his palace.  Jesus was brought to Pilate on charges of treason.  It was not legal to call yourself a king when everyone at that time knew that the only king was Caesar.  After just a few sentences Pilate realized that Jesus was not a normal king.  Pilate understood what jealousy looked like and tried to get Jesus off the hook from his trumped up charges of “being a king.”  The story doesn’t end well for Jesus, of course – Pilate wasn’t about to risk his neck for a Jew.  Pilate’s off handed comment about truth still rings in our ears today.

The Post-Moderns didn’t have a problem with truth.  They had a problem with absolute truth.  If I were a Post-Modern (and I am), truth is what I want it to be.  What’s true for you is just fine, but that’s not necessarily true for me.  This means as a society, in general, there has been an attack on the church and Scripture for more than a generation.  What happens when Post-Moderns have children?  We get Millennials.  This generation isn’t openly hostile to the church, they just don’t see any need for it.  This truth is so true that recent surveys have shown that they are not walking away from the church – that was their parents.  Millennials have never been a part of it!  On surveys this group no longer identifies with any denomination or faith.  When asked what faith they would self identify, they responded, “none.”

What does this mean for the gospel?  Not much, really.  Millennials and Post-Moderns are still sinful fallen people who are spiritually blind.  Their need is still the same.  How do I reach peace in my soul?  What can I do to satisfy the demands of a holy God?  The answers to these and most every spiritual question is found in Jesus.  Jesus is the truth, in the flesh.  Want to learn more?  Watch this week’s Cross Examination sermon: What is truth?