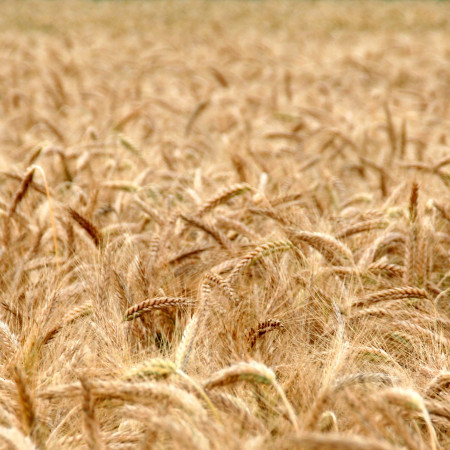 How can wheat live among weeds?  I suppose it depends how many weeds there are, doesn’t it?  Finally, the thorns choked out young new Christian hearts in last weeks message from Jesus’ parable of the Sower.  There is danger for the wheat anytime it gets close to a weed.  If you’re talking about your lawn, the weeds rob moisture and nutrients that could go towards wanted plants.  If you’re talking about spiritual life, weedy people can lays temptations in the way of believers.  I would be lying if I told you that I never worry about the people my children associate with.

So for our fourth message from our series on the Extraordinary Ordinary Life of a Christian we’re looking at Wheat among Weeds.  How do you react to a weed when you meet one?  What is a proper response?  Allow me to tell you a story once told at a Youth Rally a number of years ago.

There was a basketball team that received funding to travel and play in China with the condition that they traveled with their opponents.  The Chinese players from the opposing team were so impressed with their Christian opponents that they asked them, “Why do you act how you do?”  “Why are you so kind?”  One girl in the group responded it’s because we play basketball for Jesus and live for him.  The Chinese person responded, where is this Jesus?  Who is he?

You talk about a layup – there is a heart ready to be planted with God’s word.  But that’s not where we’re going this morning.

After hearing this story, one of the teens at the Youth Rally said, “Isn’t that pathetic that some people don’t know Jesus?”  Oooooh, noooooo….

First – let’s give credit where credit is due.  That is pathetic.  Our God expects perfection.  In the first chapter of Romans our God reminds the world that it is without excuse.  God has placed eternity in the hearts of mankind and given them a conscience so that they might seek out the true God.  The problem is that someone needs to tell the person!  That’s where we come in, of course!  I praise God that he might use you to make his kingdom come to one more heart after he hears the gospel from your lips!

The danger for the Christian in this instance is that we are dangerously close to having Satan twist our scorn and point it back at ourselves.  It goes something like this…

“It is pathetic that some people don’t know who Jesus is.  Do you know what else is pathetic?  Your LIFE!  You say that you’re a Christian.  You’re not worthy to bear Christ’s name.  Why there are plenty of atheists who put your “good” life to shame.  Why would God ever love you?  You’re pathetic.”

As scathing an accusation that might be, the only response is to fall at the cross everyday and find forgiveness in Jesus.  We are pathetic, but Jesus is perfect.  His righteousness is our robe by faith.  When God looks at you he doesn’t see the sin.  He sees Jesus.  For that reason alone he welcomes you into his kingdom today.  One day he’ll welcome you into the halls of heaven.  Want to hear more? …including Jesus response to his disciples when they called a Samaritan village pathetic?  Watch this Sunday’s message taken from Matthew 13.  The Christian lives a Wheat among Weeds.