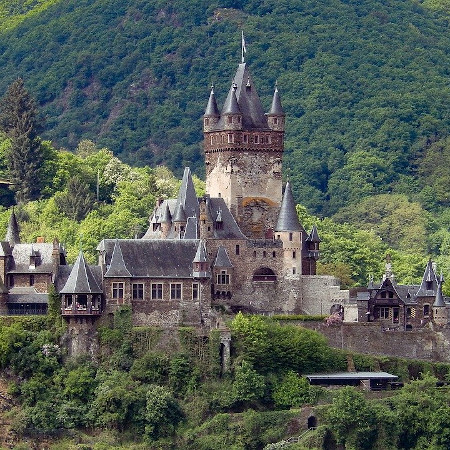 To find terrible things all a person has to do is briefly survey of the 20th century.  Terrible things have happened on this planet in the past hundred years.  Millions of people have been killed by their own governments in purges and genocide.  The accusation that we’re talking about today isn’t directed towards the world, it’s focused on the church.  “The church of history has done terrible things!”  My first thought is, “I agree.”

I enjoy all things history.  Through history we find out more about ourselves.  When we see where we’ve been, it’s easier to see where we are going.  The best part of history is seeing that truly is “His-story”.  God is the one in control even during this tumultuous time in the face of COVID-19.  Wow, what a difference a week makes!

If I had to list off the top three “terrible things” that the church has done they would be – the Crusades, the Spanish Inquisition, and the clergy sex abuse scandal.  With the last one in that list, the Catholic Church bears the brunt of the criticism – rightly so – but they aren’t the only guilty parties.  Even in our own church body there are isolated instances – indeed, in almost every area of life sadly there is abuse.

This doesn’t sound like a very good defense, does it.  Admitting the bad doesn’t dismiss the good!  I challenge you to find the place in Scripture where Jesus lead a rebellion.  It didn’t happen.  To that point in the Gospel of John, when Jesus says his name, “I AM,” the mob that was assembled to bring Jesus in fell back because… God said his own name.  It was obvious to everyone there, including the mob whom Jesus ordered – not asked – that his disciples be set free.  When Peter tried to stop him, Jesus told him, “Put your sword away.” Jesus stopped the blood shed and that night saved the lives of his disciples.  The only one who would be fighting was Jesus.  This was a battle for the souls of the world.  It was one that only he could fight – one only he could win.

Want to hear more?  Including the differences between faiths, the failure of atheism, and our ultimate answer to trouble in the world – watch this week’s lesson taken from our series, Not Sorry – Apologetics: The Church of history has done terrible things.