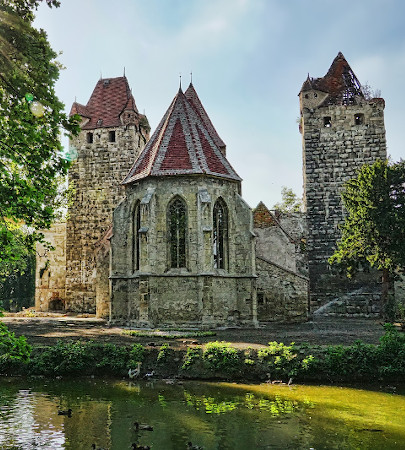 With a name like Habakkuk, it has to be good!  (You don’t hear many children with the name Habakkuk…) This Sunday we continued with our series – Minor Prophets: Major Messages.  I think these books were made for our 2020 COVID lock down.  Every book deals with some kind of adversity.  More often than not the nation was being destroyed or threatened.  If not from locusts, then an enemy nation.  If not from violence in the streets, it was corruption at the highest levels of society.

The prophet Habakkuk had two complaints.  God gave him two answers.  The book ends with a comforting witness and word of prayer.  Simple – straight forward – powerful.

The first complaint was that Assyria was terrible.  There was violence in the streets!  God hears the complaint and replies that he’s going to take care of Assyria… WITH THE BABYLONIANS!!  That brings us to Habakkuk’s second complaint.  God I didn’t want you to fix the evil Assyrians with the just-as-evil Babylonians!  God’s answer was that he’ll take care of the Babylonians too.  One of the themes of the book, and really much of the Old Testament is that God punishes the wicked with… the wicked.  God makes this clear through Habakkuk that he is the one who is raising up Babylon.

Seeing wave after wave of wicked nations isn’t really comforting to us.  We know that there will be wars and rumors of wars until the end of the world.  What is comforting is God’s promise that he knows what he is doing.  He has an eternal perspective!  We have a hard time seeing one hundred years.  Our God works on a far greater time frame.  That doesn’t mean he’s forgotten about you.  The Psalmist reminds us, “what is man that you are mindful of him, the son of man that you care for him.” (Psalm 8)

God knows all of the little problems in our lives, and they are important to him!  Habakkuk’s prayer at the end of his prophecy reminds us to wait on the Lord.  The prophet most likely witnessed the destruction of the remnant of Judah, and maybe even the destruction of the temple.  Yet through all of this he says that the righteous shall live by faith.  He knows that in the end God wins.

17 Though the fig tree does not bud
and there are no grapes on the vines,
though the olive crop fails
and the fields produce no food,
though there are no sheep in the pen
and no cattle in the stalls,
18 yet I will rejoice in the Lord,
I will be joyful in God my Savior. (Habakkuk 3:17-18)