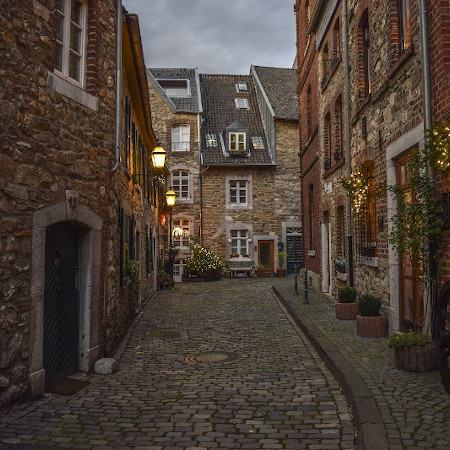 An American Christmas sounds patriotic, doesn’t it?  Why it’s like apple pie and mom!  This year we’ll take a look at some of the traditions that we practice and see how they compare with life in America going back two to three hundred years.  Alot has changed.

The shocking reality for me was that Christmas not only wasn’t celebrated like it is today (that’s not entirely a bad thing – more on that in a few weeks), it was illegal!  A five-shilling fine was waiting for you in the 17th century if you celebrated Christmas and lived in the northeastern parts of the colonies.  That doesn’t sound American at all!  Why would a land that was settled for religious freedom try to stamp out celebrations of our savior’s birth!?

As with many things in life, it wasn’t that simple.  There was a lot of baggage that went with the traditional winter celebrations.  There were two that stood out.  The first was the Yule celebration.  The harmless take on the yule was the annual burning of a large log.  Maybe a sign of light in the middle of a dark time of year?  Maybe it was a way for folks to gather together and enjoy each other’s company?  Well, the yule has a darker past.  It involves paganism and human sacrifice in an attempt to stave off starvation and bring back the warmth and life of the season of spring.  Not much better was the ancient Roman festival of Saturnalia that was basically debauchery in celebration to a god or goddess.

If that is all the season had to offer, I could see why the very devout Puritans of New England would be at best skeptical of any celebration around this time of year.  What is interesting is that the historical church on more than one occasion set Christian holidays right on top of pagan ones in the hopes of leading the people into the worship of Jesus and away from paganism.  It didn’t always work well.  At times people just mixed the festivals all together.  I think most of us have heard of yuletide cheer and never thought anything of it.  Growing up I never knew about the dark paganistic past of the Yule.  I thought it was another word for a New Year celebration.

Want to hear more including a discussion on what our God thinks about idolatry from the prophet Isaiah?  Watch this week’s lesson taken from our series: An American Christmas: Colonies.