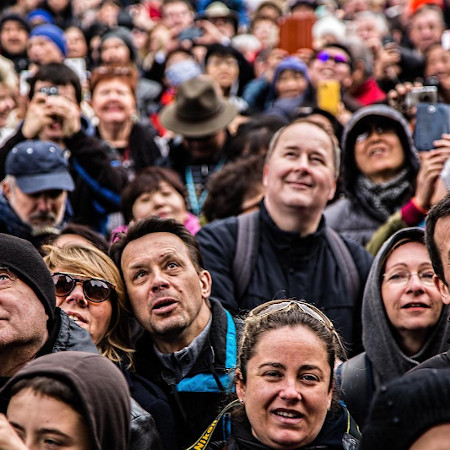 The first sermon of the New Testament Church was given on Pentecost Sunday.  The Apostle Peter gave a message to God’s people that cut them to the heart.  Let’s break down a few points that we can take away.

There is more to be said about Peter’s introduction of the Last Days by quoting the prophet Joel, but I wanted to jump to the end of the account of the first sermon of the New Testament Church and look at the results.  So often we don’t know what the results will be when we share God’s word.  This is a matter of the heart.  It’s a matter between the sinner and God.  We see that three thousand people came to believe in Jesus as their Savior on that day after hearing that sermon, but there were many more people in Jerusalem than just three thousand.  Some historians think that there were as many as one million people in the city due to the festival.  More conservative estimates place the numbers at one hundred thousand.  Either way, not everyone believed Peter’s message that day.  That’s ok!  As we share the gospel with the people around us we have God’s promise that his word will not return to him empty.  Our job is to share that message of love and forgiveness with a reckless abandon.

Want to hear more – including how Peter didn’t hold back on calling God’s people out on their sin?  Watch this week’s lesson – The First Sermon from our study, The Acts of the Apostles.