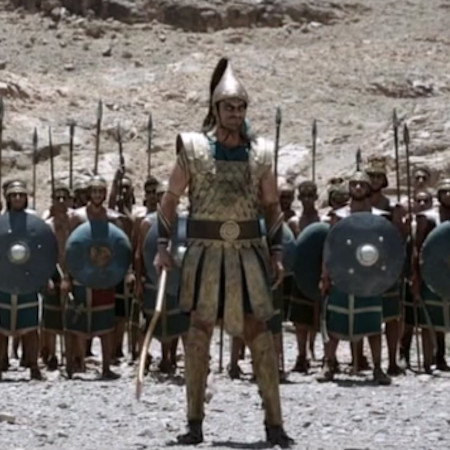 Let’s break down some of the detail of this incident.  King David didn’t just walk out of the sheep flock onto the battle field with no experience.  He had killed a lion and a bear.  I’m not sure which of those would be more dangerous, but do either of them sound more dangerous than a giant soldier?  To David those sounded like pretty good odds.  What set David apart was that he understood that it wasn’t his ridiculous strength or skill that allowed him to protect his flock, it was the Lord.  If that was the case, why would Goliath be any different?

Finally, who was Israel’s champion?  Shouldn’t it have been the man who was a head taller than everyone else?  The anointed (set apart by God) king of Israel was Saul.  Yet Saul had been forsaken by God because he refused to obey time and again.

Lest we think that David chopped off Goliath’s head and then ascended to the throne of Israel, David was on the run for years.  His best friend Jonathan would be killed.  Saul would end up taking his own life.

Want to hear more?  Watch this week’s Bible study from our series The Bible: David and Goliath.

Please click HERE to watch the rest of the lessons from The Bible as shown by the History Channel.