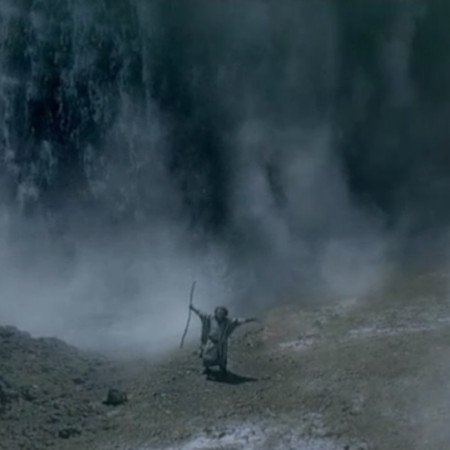 Parting the Red Sea was the final blow against the nation of Egypt.  But it didn’t look that way at first.  Why would God allow his people to almost be wiped off the desert floor?  Didn’t the Israelites ask God to just let them be slaves!  That’s not exactly how I remember the story either, but how quickly God’s people turn on their savior!  How quickly do we do the same?  Why does God allow things in life to get SO bad that there is nothing left to do?

The crossing of the Red Sea by the nation of Israel was a huge moment in the history of the world.  There are a few details that cut against the story portrayed in the video.  Israel wasn’t a group of a few thousand people.  This was millions of people walking through the desert pressed up against the Red Sea.  The nation of Egypt was THE world power at that moment in history.  The fact that they would kick Israel out of their country after the tenth plague was a staggering testimony to the destruction God had wrought on the nation.  This was the final blow.

For thousands of years people would hear stories about the God of the Hebrews.  It’s one thing to turn the Nile red with blood.  It’s another thing to wipe an army off the face of the earth.  That’s exactly what the God of Abraham, Isaac, and Jacob did.  When the Israelites finally swaggered up to Jericho, why did Rahab hide the Hebrew spies?  It was because she had heard of the great things our God had done!  This was evangelism.

But now what about the dire situation?  Couldn’t a God as powerful as ours make life a little easier?  If not a bed of roses, wouldn’t all of settle for a few pedals in our path from time to time?  I think the answer is, of course, all of us would, but that isn’t what we need.  God gives us exactly what we need to stay close to him.  For most of us, that means allowing the passing rain cloud into our sunny day.

Want to hear more?  Watch this week’s Bible study from our series The Bible: Crossing the Red Sea.

Please click HERE to watch the rest of the lessons from The Bible as shown by the History Channel.