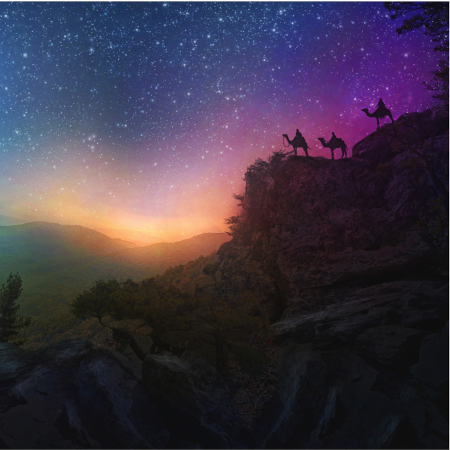 A Far Off Christmas comes to a close as we look at the Epiphany of our Lord.  The word Epiphany means reveal.  The Star of Bethlehem revealed the Savior of the world to the Magi.  There are many questions about this saga that lasted more than a year.  First the easy questions.

The harder questions about this story involve the Star of Bethlehem.  What was the star exactly?  Was it really a star at all?  Could it have been a conjunction of planets?  Using astronomy software the heavens can be rewound like a clock back to the time that Jesus was born.  HERE is a brief four minute interview on the topic.

There is longer presentation on the topic found HERE.  While the theories that Rick offers are interesting there are a few limits to his logic.  In the account from Matthew chapter two we know that the Star of Bethlehem went ahead of them until it stopped over the place where the child was.  While not completely inconceivable that natural occurrence could do such a thing, I think it’s easier to believe that God placed a special star in the heavens to herald the birth of his Son.

Want to hear more?  Watch this week’s lesson from our Christmas series, A Far Off Christmas.