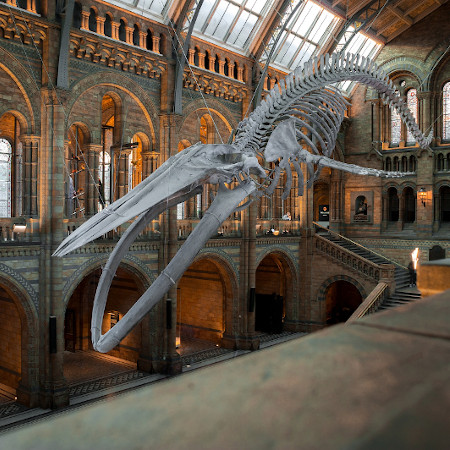 Jonah is my least favorite Minor Prophet.  There are a few strikes against him, but the first would have to be that he wanted to see a city with probably over a million inhabitants burn.  That’s… despicable.  God even points out that there are cattle there!  (God loves animals too!  He made creation, after all.)  Let’s break down this runaway prophet.

Our God instructs Jonah to go to the great city of Nineveh.  This was the capital city of the Assyrian Empire.  It was said that two chariots could run side-by-side atop it’s great walls.  The problem was that the Assyrians were public enemy number one.  They were the big kid on the block who took everyone’s lunch money.  What is worse they were ruthless.  In some ways we can understand why Jonah didn’t want to go to share the Gospel with the city, but at some point the Christian heart is a reflection of our God’s heart.  God loves the lost.

Jonah tries to run.  On it’s face this sounds like a bad idea.  How can anyone run from God?  That’s impossible!  God fills heaven and earth.  Said differently, there is no where you can go where God is not.  I suppose if you’re a man on the run, this is a terrifying thought, but for the Christian, isn’t it a great comfort to know that God is always with you?  The psalmist writes that he knows you and made you!

This, of course, doesn’t work for Jonah.  He tried to charter a boat headed for modern day Spain.  He didn’t make it very far before a storm threatens to tear his boat apart.  The sailors are told that they must throw him into the sea.  Left with no other choice, they do this.  Immediately the storm stops and they sacrifice to the Lord.  What is amazing from studying Jonah is that even in his disobedience, God can use the situation as a chance for his kingdom to spread to new hearts.  The theme for the Sunday is that God’s church is for all people.  This is true even when Jonah, God’s prophet, doesn’t like the idea.  God’s will is done!

Want to hear more?  …including what kind of fish swallowed Jonah and the real reason Jonah didn’t want to go to Nineveh?  Watch this week’s Bible class from our series Minor Prophets Major Messages.