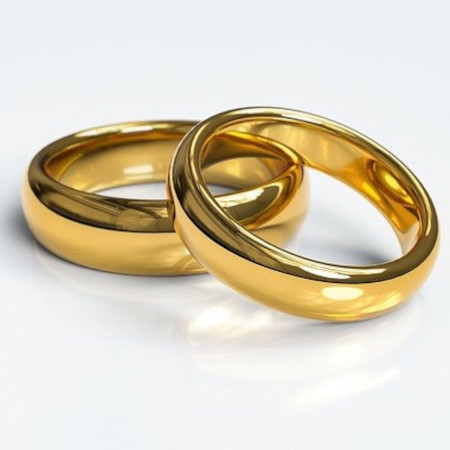 Marriage is what brings us together today.  Genesis 2 is the first marriage, of course, but it’s more than that.  God didn’t just create Adam and Eve.  God had Adam name all of the animal in creation and then let Adam realize his need.  This was a felt need.  There was something not quite right.  God says at the start of this section that is was not good for the man to be alone.

It needs to be said that the rest of God’s inspired Word obviously leaves plenty of room for people to live out their lives as single.  Men and women do not NEED to get married.  In Christian freedom an individual can decide to not get married.

Next God doesn’t just create Eve with a let there be.  He didn’t do that with Adam, the crown of his creation.  The Lord God formed man out of the dust of the earth.  He took special care.  He does so with Eve as well – taking a part of Adam and creating Eve.

At the end of Adam naming all of the animals he shows that there was a headship concept even in perfection.  There was no suitable helper.

We have the first poetry in Scripture!  Adam riffs a love poem in honor of his new wife and to the glory of God!

Now for the commentary.  There are three pieces to this.  The first is leaving – it’s ironic that this comes in right after the first marriage of the first two people who didn’t have parents, but it makes sense since every human after them would.  The second is cleaving – husband and wife are united.  Forever is a strong term in our fallen society, but I suppose in paradise, in the garden of Eden, Adam and Eve’s first marriage would have been forever.  Mercifully and justly, God ends our lives in death because of sin.  The third is being one flesh.  The sexual union is a gift from God.  God created us as sexual people.  Sex is God’s idea.  Our fallen world has ruined so much of what sex was created to be for marriage couples, but that doesn’t mean God was wrong.

There is a fruitful discussion about how our church has responded and should respond to the LGBTQ culture in our society.  I posed the question to the congregation as to how we should respond if a young person told me or another church member that he or she had a same sex attraction.  First that person needs to know that God loves him or her.  Second it needs to be said clearly that the church and its members love him or her.  Finally, it needs to be communicated that acting out on same sex desires is not God’s plan for his or her life.  The discussion spilled over – rightly – to include heterosexual singles.

Want to hear more?  Watch this, our first lesson, from our summer series VIC – Very Important Chapters of the Bible.