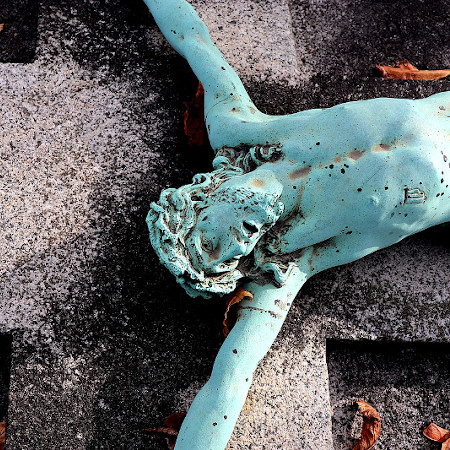 In Luke 23 we find the crucifixion.  That’s not all that we find.  There is quite a bit of backstory to Jesus making his way to the cross.  Let’s walk our way there.

For starters the Jews had no problem killing people.  In fact God’s Word gave the very means to carry out an execution.  The method was stoning.  But with Jesus, they had to be careful.  He was very high profile so they wanted to get permission from Rome to have him crucified.

When the Jews brought Jesus to Pilate, the Roman Governor, they didn’t have any evidence against Jesus.  What they did have was a mob.  Pilate was apparently on thin ice when it came to his bosses back in Rome.  Pilate didn’t want another bad report so he gave into the demands of the Jews and the mob.  That is why Jesus was crucified.

In doing so Pilate released a murderer and insurrectionist named Barabbas.  I spent a little time on the topic of why a group of people would clearly make the wrong choice, objectively.  Jesus wasn’t a murderer.  Mob mentality was and still is dangerous.

The focus of the class falls to the cross.  Of all the areas that we could focus on, the one that draws my attention is the thief on the cross.  At first it seems like a complete outlier.  Who can possibly relate to a criminal who was getting what his deeds deserved from Rome?  It just so happened (not according to providence) that he was hanging next to the Savior of the world.  The beauty of this story is that Jesus’ words of peace – “I tell you the truth, today you will be with me in paradise.”  Those words were spoken to the thief for the exact same reason that they will be spoken to you one day.  Just as the thief confessed his faith in his Savior, so do we.

Want to hear more?  Watch this week’s Bible study based on Luke 23 – The Crucifixion.