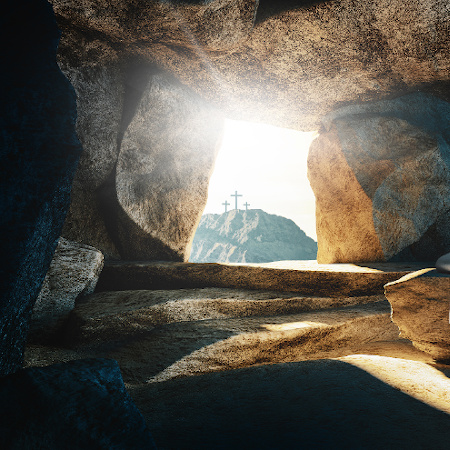 A study of Luke 24 reveals the resurrection of our Lord Jesus.  There are a number of questions that the casual observer might have.  For starters why weren’t Jesus’ disciples standing by the tomb with a carafe of joe sharing with the Roman soldiers?  We know that Jesus told his disciples at least four separate times.  That can be excused because of the fear of retribution from the Jews.  It wasn’t terrible logic to think that if the Jews could get Jesus crucified, what would happen to all of his followers?  Were Peter, James, and John next?

The next difficulty is all of the facts that the disciples had before them.  Maybe they didn’t remember what Jesus said.  They knew that his body was gone and that angels had told the women at the tomb that Jesus was alive.  Some try and dismiss this because it was the testimony of women.  Some sources state that a woman’s testimony wasn’t allowed in a legal trial.  That my strike our ears as terribly sexist, but that was the culture in the ancient world.

Finally even when Jesus stands before the disciples.  It was clear that some were STILL having a hard time believing.  Jesus still bears the scars on his hands and feet – the gash in his side is still there.  That doesn’t mean that all of your wounds and scars will follow you into glory one day.  It simply means that Jesus’ scars were glorious.  Those holes are the proof that he was on the cross.  One day you will get to place your hand into his side.  Jesus is the Lamb who looks like he was slain, because he was slain for your sins and mine.

Want to hear more?  Watch this week’s Bible study based on Luke 23 – The Crucifixion.