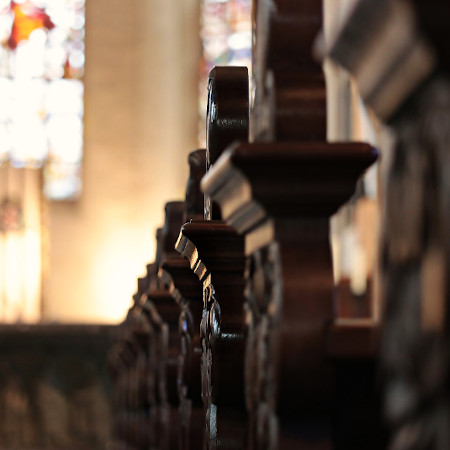 We’re going back to church! Attending worship can be an intimidating thing! Jesus had been to worship before, but this Sunday was different.

The word clemency is a technical legal term.  It means forgiveness.  When a prisoner is on death row at some point before their execution the person receives a clemency hearing.  The hearing doesn’t debate the facts, it’s just one last chance for forgiveness.  In November the Oklahoma parole board denied clemency to Donald Grant.  He was being executed for the 2001 double murder of hotel clerks.  He was robbing the hotel and killed the clerks so there would be no witnesses.

There is another legal term that some people like to use.  That is amnesty.  Amnesty means forgetting.  In the case of a murder – it would be saying the murder never occurred.  We’ll just forget the whole thing ever happened.  Clemency forgives the crime.  Amnesty forgets it.  These may seem like fine points of the law, but they become very important when you hear Jesus quote the prophecy of Isaiah.  Proclaim freedom for the prisoners.  Exactly what is God talking about?

Isaiah’s prophecy applies to you.  Whether you like it or not, you are on death row.  You are guilty of your sins.  Whether they be sinful thoughts, words, or actions.  You know that you can’t undo them.  Your conscience correctly tells you that God knows them all.  If you sat before a clemency board 45 days before your death, when they looked over your crimes not against the laws of Oklahoma, but against God’s Holy Law, would they forgive you?  I don’t know what the parole board would do, but I know that my God forgives.  I don’t know why; that’s grace.  I know that he doesn’t forget my sins.  He forgave them when he punished Jesus in my place.  Jesus died for your sins and mine that is why we have clemency – that is why we are forgiven.  Want to hear more?  Watch this Sunday’s message taken from Luke 4, Back to Church.