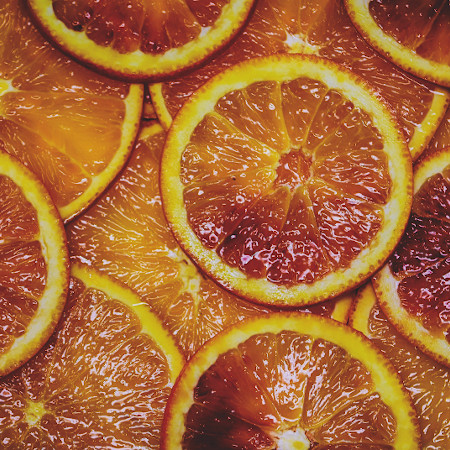 How many of you have ever seen one of these?  It’s a blood orange.  They are no different than ruby red grapefruit – it tastes the same as a normal orange, just that it looks a little, well in this case, alot darker.  I offered one of these to my daughter Emmerson a number of years ago and even though she normally ate an orange a day, she wouldn’t try one of these.  It just didn’t look right to her.  How does Jesus look to you?  Maybe you’ve known Jesus your whole life and he’s your friend and brother.  He’s your God that you trust with all your heart.  Now imagine that you don’t know Jesus.  You’ve lived your whole life without Jesus.  Maybe you heard a few things about Jesus, but what would it take for you to be convinced that he is your God and your Savior?

Nathanael had heard enough at Nazareth.  You mean that backwater town?!  Philip was convinced.  He believed that Jesus was God.  He doesn’t try to debate his faith or cut down his friend for not sharing his enthusiasm – he just says come and see.  Philip witnessed to his friend.  When someone looks at your faith with derision or doubt, don’t feel that you need to defend your God.  You getting into an argument won’t help reveal Jesus to that person.  The Apostle Paul says as much in his first letter to the Christians in Corinth (2:4,5).  My message and my preaching were not with wise and persuasive words, but with a demonstration of the Spirit’s power, so that your faith might not rest on men’s wisdom, but on God’s power.  You will not be the one to create faith in anyone’s heart.  You can’t convince, only God the Holy Spirit can do that, but he can use your words – your gospel proclamation.

When Jesus met Nathanael he told his new disciple that he saw him while he was under the fig tree earlier.  That was all that Nathanael needed to hear!  He confessed his faith that Jesus was God.  That omniscience can be… unsettling.  Does God really know everything about us?  THIS STORY from Italy happened before our current cancel culture, but it is a good reminder that sins of the past can impact our current lives.