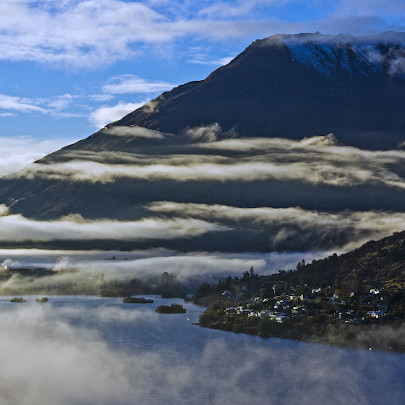 Does God love the unlikable?  The answer is, of course, yes!  Our God was reconciling the world to himself in Christ, not counting men’s sins against them. And he has committed to us the message of reconciliation.  (2 Cor 5:19)  There are a few instances when I could see that logic going out the window.  One of those would be if I was captured by an enemy nation as a child and enslaved for the rest of my life.  Even though Naaman is the focus of our sermon, the example for us to follow is the slave girl.  She is minding her own business, doing exactly what he God would have her do.  She even witnesses her faith.

Consider her spoken prayer that is heard by her captors starting the ball rolling.  “If only… God would strike the Arameans dead.”  That isn’t what she said, was it?  “If only my master would see the prophet who is in Samaria!”  Her life and her words are a reflection of the heart of our God.  God truly loves the unlikable!  Incidentally, my initial sinful reaction isn’t healthy at all.  Revenge/grudge holding will eventually ruin a person spiritually.  That is why God reserves revenge for himself.  Even people who ignore the spiritual ramifications recognize the danger of seeking revenge.

You can listen to the rest of the message, but what I want to do is to jump past our text a little a look at how Naaman made plans to be an Old Testament Christian in a pagan world.  Let’s jump three verse past our text to verse 17.

There was a concept in the ancient world that a god was local.  This is part of the reason why high places were a big deal in the Old Testament.  It was higher to heaven so it must be better land for worship.  A god of a region was just that – only a god of a region and not a god anywhere else.  This was a statement of faith for Naaman to wanted to ride off with earth from Israel.  Call it his own little chapel to the LORD.  Naaman had one more problem.  His job as the commander of the army of Aram also involved being the personal body guard of the king.  When that king went to worship, Naaman was duty bound to follow his boss.  That wasn’t offensive to the LORD, which is why Elisha told him to go in peace.

There are times when Christians will be placed into situations that they may not feel comfortable – just like Naaman.  God knows the heart of his children.  When topics like these come up we speak of fellowship, that is, how a Christian responds to other religions.  What do we do when we’re asked to worship with a relative or friend who is of a different faith?  What I have always told the members of our church is ask yourself, “What is the witness that you will give?”  Two Christians may make different decisions in a given situation and both could be acceptable.

Want to hear more our God who loves the unlovable?  Watch this week’s message taken from 2 Kings 5.