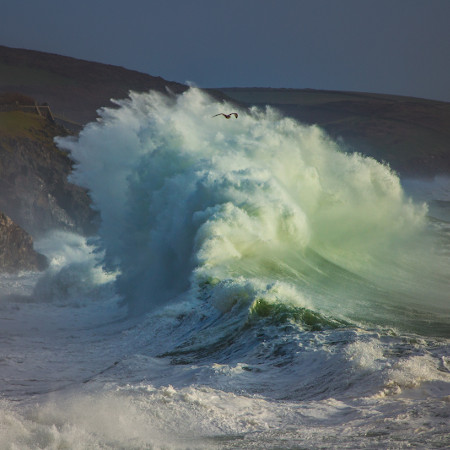 Another word for doubt is worry.  Another word for faith is trust.  The misunderstanding between doubt and faith can cripple a Christian. The disciples were at their wits end.  They were exhausted after nine long hours of rowing.  Even as experienced fishermen, this was about to be too much.  Before I jump into what Jesus did, consider what he didn’t do for the disciples.  Jesus could’ve just appeared in the boat with them.  Jesus could’ve calmed the storm.  If you look at the Gospel of John, you’ll find that when Jesus does get into the boat, immediately everyone was at the shore.  Jesus didn’t do that right away.  Why?

The biggest problem facing the disciples was not exhaustion or drowning, it was their lack of faith and a misunderstanding of who Jesus was.  Remember the disciples had to promptly leave after the feeding of the 5000 because they were about to get swept away with the crowd.  Why not make Jesus into a powerful political figure? Jesus could literally put a chicken in every pot.

Not only were the disciples sent away from the eager throng, they were given a rough night on the water.  Jesus walked out to them because he wanted to draw their doubt into faith.  What is more this was, Peter’s idea!  Jesus – God – went with it.  Our God loves to indulge us.  As Peter was walking on the water with his Lord, just consider what is running through his mind!  How amazing was that?!  I’m sure it was great until he saw the wind – that is, he saw a wall of water picked up by the wind that was about to knock him over.

As Peter is overcome with doubt, he’s also overcome by the lake around him.  He does the only thing he could, he called out to Jesus!  Jesus doesn’t disappoint him.  He reached out and saved Peter right away.  As he does so, Jesus calls out Peter, “You of little faith, why did you doubt?”

Want to hear more about what Jesus meant exactly when he called Peter, “little faith”?  Watch this week’s message, the final from our series on the gospel of Matthew, The Extraordinary Ordinary life of the Christian.