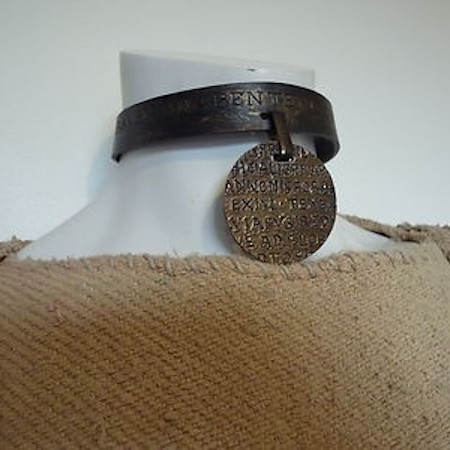 Count the cost, Marine!  Every Marine counts the cost; it might mean his or her life in service to her country.  How many of you are familiar with the Marine Hymn?  From the Halls of Montezuma refers to a battle from the Mexican/American War.  The battle of Chapultepec in 1847, our military stormed a castle just outside of Mexico City.  The Marines took that hill, but in the process suffered 90% casualties.  The Marine Corps tradition says that the red stripe running up the dress blues plant leg of their uniform is known as the blood stripe in memory of this battle.  Yes, every Marine counts the cost.

Jesus didn’t storm a castle during his life.  But he did leave the mansion of heaven and come down to the trenches of this world.  He lived under God’s law in our place.  He counted the cost.  The cost of our freedom was great – it meant that he would have to give up everything so that we might be free.  He stormed the hill known as Calvary not by running up an incline, but by being nailed to a cross.  Brave service men for hundreds of years have defended your freedom.  Jesus won your forgiveness.  He removes your guilt.  He resurrection proves that you are free from sin, death, and devil.

Our text is disturbing to many people.  Our text was a letter that the Apostle Paul wrote to a man named Philemon.  Philemon was the owner of the home where the house church met.  This Christian man owned slaves.  In the house there were slaves.  Nowhere does Paul say anything about this.  He could’ve said Philemon thanks for the space, but this just isn’t working out for me right now.  No, he never speaks a word in the New Testament against the evils of slavery.  In fact he encourages slaves to submit to their masters!  Does that seem out of place?

Slavery was is a dark chapter in our nation’s history.  It is an embarrassment, an eyesore, it was wrong.  Slavery has been common the history of the world.

During Paul’s time it is estimated that somewhere between one half and three quarters of the population was enslaved.  People were treated as property just like an animal or a hammer.  That means that in Italy alone there were probably 20 million slaves.  It still goes on today – yes it’s been outlawed, but not everywhere.

Want to hear more?  Watch this Sunday’s message taken from the book of Philemon – Count the Cost.