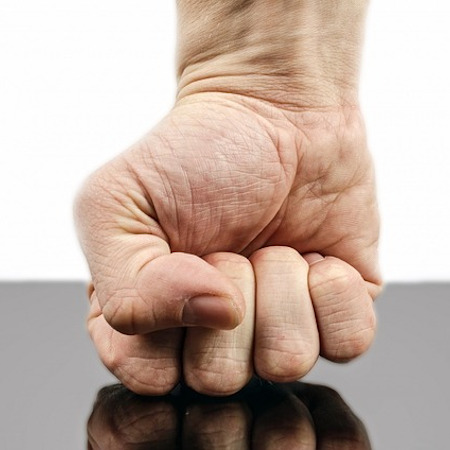 It is payback time!  You remember it well-last year’s homecoming game.  The Midford Maulers defeated the Stanford Saints.  It wasn’t close, but this year Stanford ready for Midford.  You could say it’s payback time.  The Saint fans are ready to watch the game.

Rivalries in sports are part of what make life fun.  Looking forward to that special game once a year brings family and friends together.  Whether it’s Carolina/Duke, Packer/Viking, Red Sox/Yankee and countless other college and high school rivalries that exist across our nation, people get excited to see the big game – maybe to see what they hope will be pay back for last year’s defeat.

Dear friends it’s payback time.  Some have compared the last day, judgment day, to a competition where God’s team wins a glorious victory once and for all against his enemies.  It’s payback time.  However, that doesn’t mean you are the one who get to doing the paying.  That’s God’s job.  Our job is to love our neighbor.

Paul writes in Romans 12: 19 Do not take revenge, my friends, but leave room for God’s wrath, for it is written: “It is mine to avenge; I will repay,” b says the Lord.  When you take revenge, two things happen that you never intended to happen and the one thing you wanted to accomplish doesn’t happen.  Why do people take revenge?  People take revenge because being wronged hurts.  We are mistaken if we think returning the wrong will take away the pain.  Consider this example:  It’s a hot day and someone deliberately dumps out your cup of water before you can drink it.  What you want is a glass of water.  What you do in revenge is dump out their glass of water.  1) You have disobeyed God.  2) You will face the consequences for your action.  And you do NOT have a full glass of water.  After taking revenge you are just as empty and thirsty as you were before.  No dear friends 20 On the contrary: “If your enemy is hungry, feed him; if he is thirsty, give him something to drink.”  God will take care of the revenge; we are to take good care of our enemies.

It would be easy to leave our discussion on revenge thinking that God will pay back people on the basis for what they have done, but that isn’t necessarily the case.  8 He will punish those who do not know God and do not obey the gospel of our Lord Jesus.  God will punish those who do not know him.  How can that be?  You’ve heard me say that everyone knows God.  The conscience in their hearts tells them they feel guilty – why?  Every culture on the planet has some kind of religion, they all acknowledge a God – so what does Paul mean? – Those who don’t know God.  There is a story – it comes from an eastern culture – of a man about to retire for the evening.  He wanted a snack so he reached for the bowl of figs by his bed.  Much to his dismay, the first fig had a worm in it.  He reached for another, and found another worm.  He gave one last try and got… another worm.  Thoroughly disgusted the man turned out the light, took another fig and ate it.  I don’t know of too many people who think they are perfect, but I do know a number of people who would rather turn off the light – ignore what God has to say, ignore God altogether – just refuse to know God.

Want to hear more?  Including what would happen on the Last Day if Jesus returns and finds you SINNING!  Watch this week’s message taken from 2 Thessalonians 1 – It is payback time!