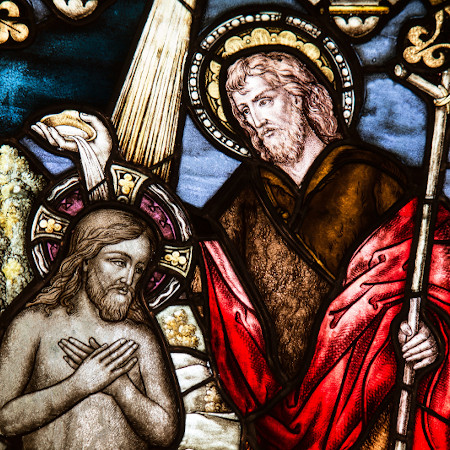 The Jailer of Philippi is an interesting case study in the early Christian church because of the extraordinary circumstances surrounding his conversion and baptism.

Paul and Silas had been doing mission work in this new town, Philippi.  And a little girl who happened to be demon possessed was following them through the market.  In her scary demon voice she was yelling, “These men are servants of the Most High God, who are telling you the way to be saved.”  Paul could only take so much of this.  It went on for days.  What’s the problem here, you might ask?  Free advertising!  Who wouldn’t like their own personal herald following them along?  This was bad advertising.  Jesus did the same thing when demons tried to tell everyone who he was.  So Paul cast out the evil spirit from the little girl.  You might think that Paul would get praise or at least fear from the people around the market after this show of power.  But no, reaction was anger.  You see the girl was slave.  Her owners made lots of money through her via fortune telling.  And now that free money was gone.  So they hauled Paul and Silas in before the magistrate, got him convicted of advocating customs unlawful for us Romans to accept or practice.  Then they was flogged – think have most of the skin ripped off your back – and thrown into prison with their feet in stocks.  Now at what point would you start in with… “I am a C…  I am a CH…  I am a CHRISTIAN… That’s exactly what Paul and Silas did at midnight!

That’s a powerful witness, and must have left an impression on the jailer and everyone else in the jail.  I don’t think anyone was expecting the earthquake, doors flying open in the jail, and the chains falling off the arms of all the inmates at the jail.  The reaction of the startled jailer was shock and despair for the fate that awaited him when the authorities got their hands on him.  The debt of his sin – the crushing thought about meeting his maker was too much to handle and he started to take his own life.

Credit card debt can be crushing too.  There isn’t bankruptcy with our God.  Every sin must be paid for.  Praise be to God that he made that payment in Jesus for the Jailer and for us.  In the waters of baptism our sins are washed away!

Watch this Sunday’s message taken from Acts 16: What Must I Do To Be Saved?