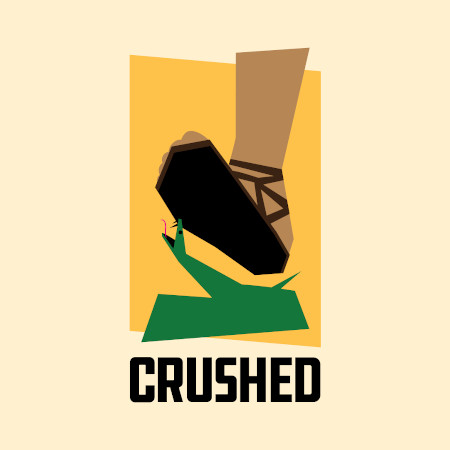 What?  Old victories CRUSHED?!  Why?  The nation of Israel was finally free.  They were leaving Egypt, actually they were being expelled by their former slave drivers.  On the way out the Egyptians gave them their gold and wealth.  The Bible tells us that in this way Israel plundered the Egyptians.  After God parted the Red sea so that the Jews could cross on dry ground with a wall of water on either side, an astounding miracle in itself, Pharaoh took his army and went after them.  It seemed as though the Egyptian army would mow down the families of fleeing Israel.  God took what seemed to be a horrible defeat into a great victory.  God used his people as bait to draw Pharaoh’s army into the sea and then release the two walls of water on top of them wiping them off the face of the earth.  There they lay, never to rise again.  It was a great victory for the nation.

Of this event – the greatest thing to happen to the Israelites – the event that put them on the map – other nations heard about this exodus from Egypt by the Hebrews and the power of their God – the enemies of God’s people were afraid.  If I was a Jew, I would put on my bumper sticker – My God parts the waters.

“Forget the former things; do not dwell on the past.  This was Israel’s greatest – you might say only – victory in the wilderness.  The rest of their time wasn’t worth remembering.  The Israelites were pretty big losers – grumbling against God, doubting his promises.  Very soon after the parting of the red sea – they forged a calf – as in a baby cow – and worshiped that instead of their victorious God.  As they looked back, the destruction of Pharaoh’s army was all they had.  God wanted to refocus his people on something even better!

The wandering in the wilderness was a metaphore for the rest of their lives.  After a long time they would finally reach the promised land.  By the grace of our God through faith in Jesus, so will we.  Want to hear more including how our personal victories need to be CRUSHED if that is our only source of security?  We need to focus on Jesus.